The Acer Day 2021 celebration was telecasted virtually for free across 10 regions with rewards, promotions, and gifts for consumers and Acer fans. Additionally, Acer revealed that the concert was a resounding success, with five trending topics on Twitter coming from the said event, including the No. 1 hashtag, #SB19ForAcer. 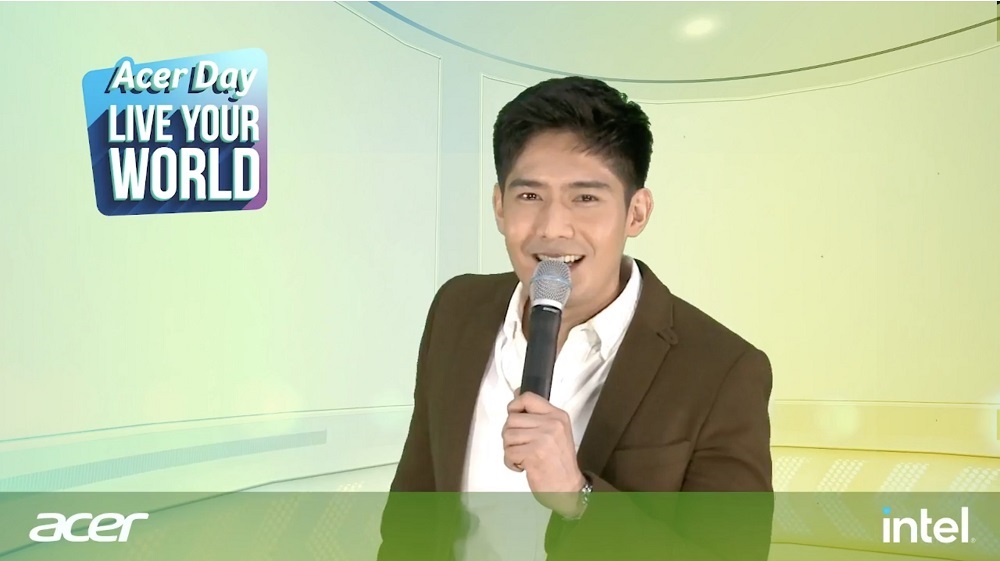 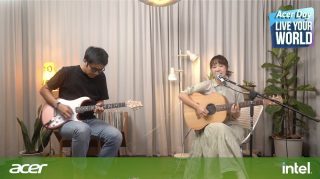 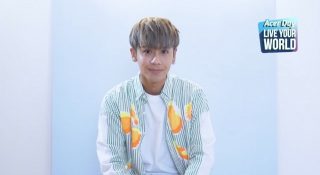 The theme of this year’s Acer Day 2021 is “Live Your World,” which is also the title of the anthem performed by Geronimo and the five other international artists.

“We are very proud of Sarah, Kathryn, Daniel, and SB19 because they truly represent the new generation of Filipino artists who can captivate audiences and transcend barriers online as well as they can on a stage with a live audience in front of them. This is the message of Acer Day 2021 that no one can be constrained by the challenges we are facing right now,” said Manuel Wong, General Manager of Acer Philippines.

“The theme ‘Live Your World’ was chosen because it draws inspiration from the belief that all of us can make the best of any situation and continue to live our lives, no matter where we are and what constraints we are under. Technology has broken barriers and enabled people to stay connected even more,” said Andrew Hou, President of Acer Pan-Asia Pacific.

Acer Philippines enjoined the fans to tweet with their corresponding fandom hashtags: Popsters – #SarahGForAcer, KathNiel – #KathNielForAcer, A’Tin – #SB19ForAcer from August 7 to 8, 2021. Furthermore, by answering the question, “How You Live Your World?” on their public Twitter accounts with the hashtags #LiveYourWorldWithAcer and #AcerDay2021, the corresponding fan group hashtags stood a chance to win a laptop from Acer. 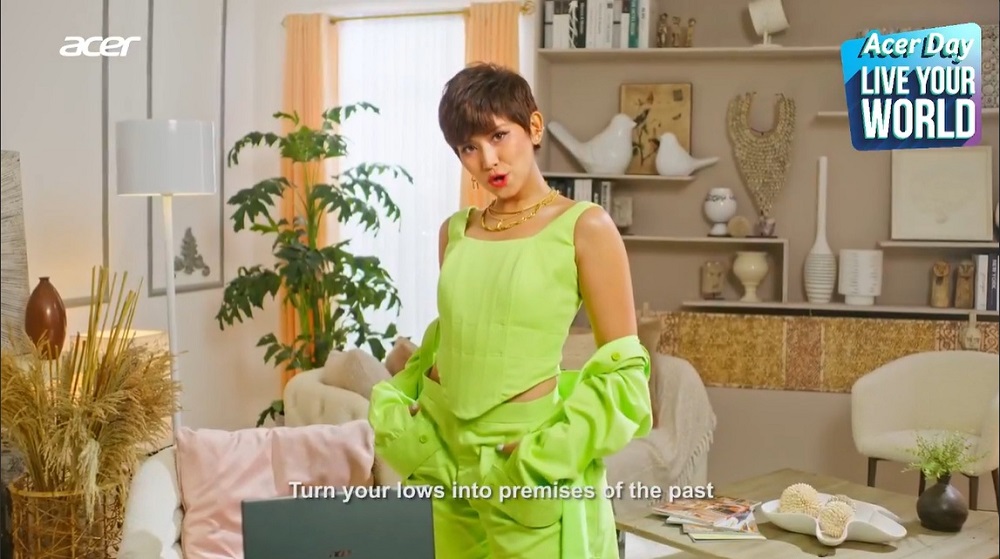 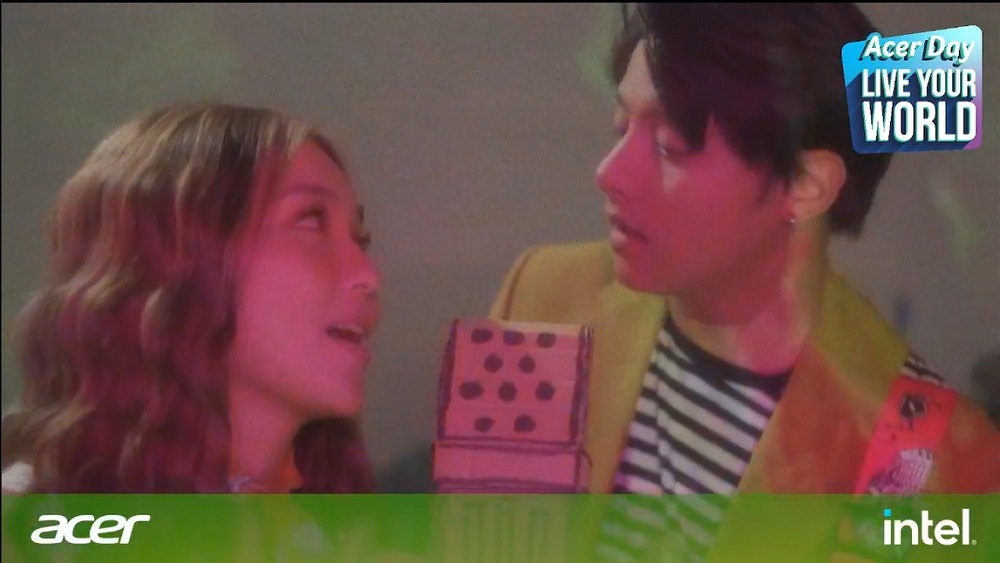 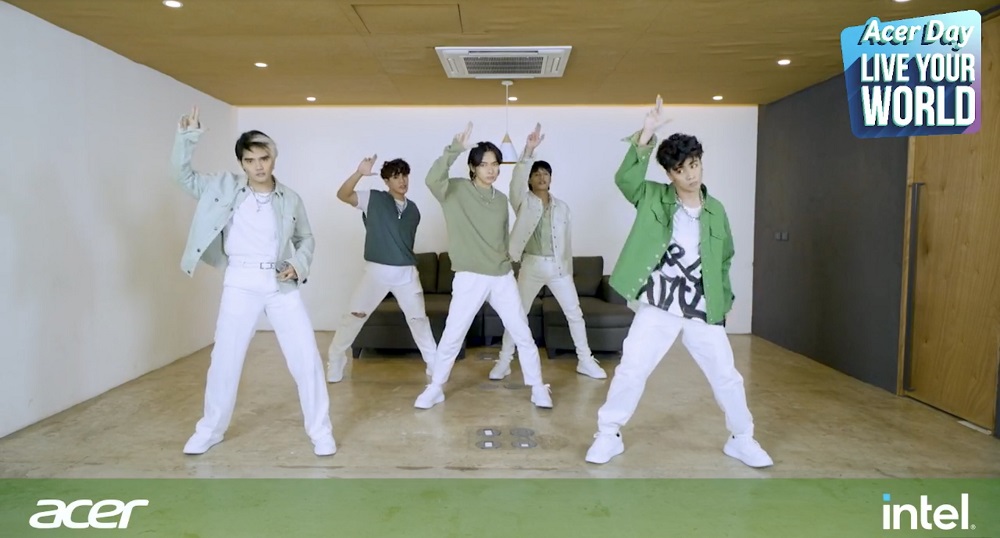 Another opportunity to win the laptop was by watching out for the post on Acer’s Twitter page during the set of Sarah Geronimo, KathNiel, and SB19 at the Acer Day 2021 online concert. Fans could then retweet it with their answers to the challenge question presented on the post and use the hashtags #LiveYourWorldWithAcer #AcerDay2021 and the corresponding fan group hashtags.

Additionally, in celebration of Acer Day 2021, Acer’s Learn-from-Home promo is also extended until August 15, 2021. With this, you can get up to PHP 8,000 off and a free Acer Tablet when you buy participating laptops, monitors, and projects on Acer’s e-commerce store.

What’s more, fans could snag a deal by tuning in to Acer Day 2021 concert, where the discount code: ACERDAY2021 was flashed on the screen. The code entitles you to PHP 3,000 off on notebooks and desktops when you shop at the Acer PH online store from August 7 until August 8, 11:59 PM.

Lastly, the full version of the song ‘Live Your World’ featuring Sarah G is already out on Facebook and YouTube and soon on Spotify, Apple Music, and other major music streaming platforms.