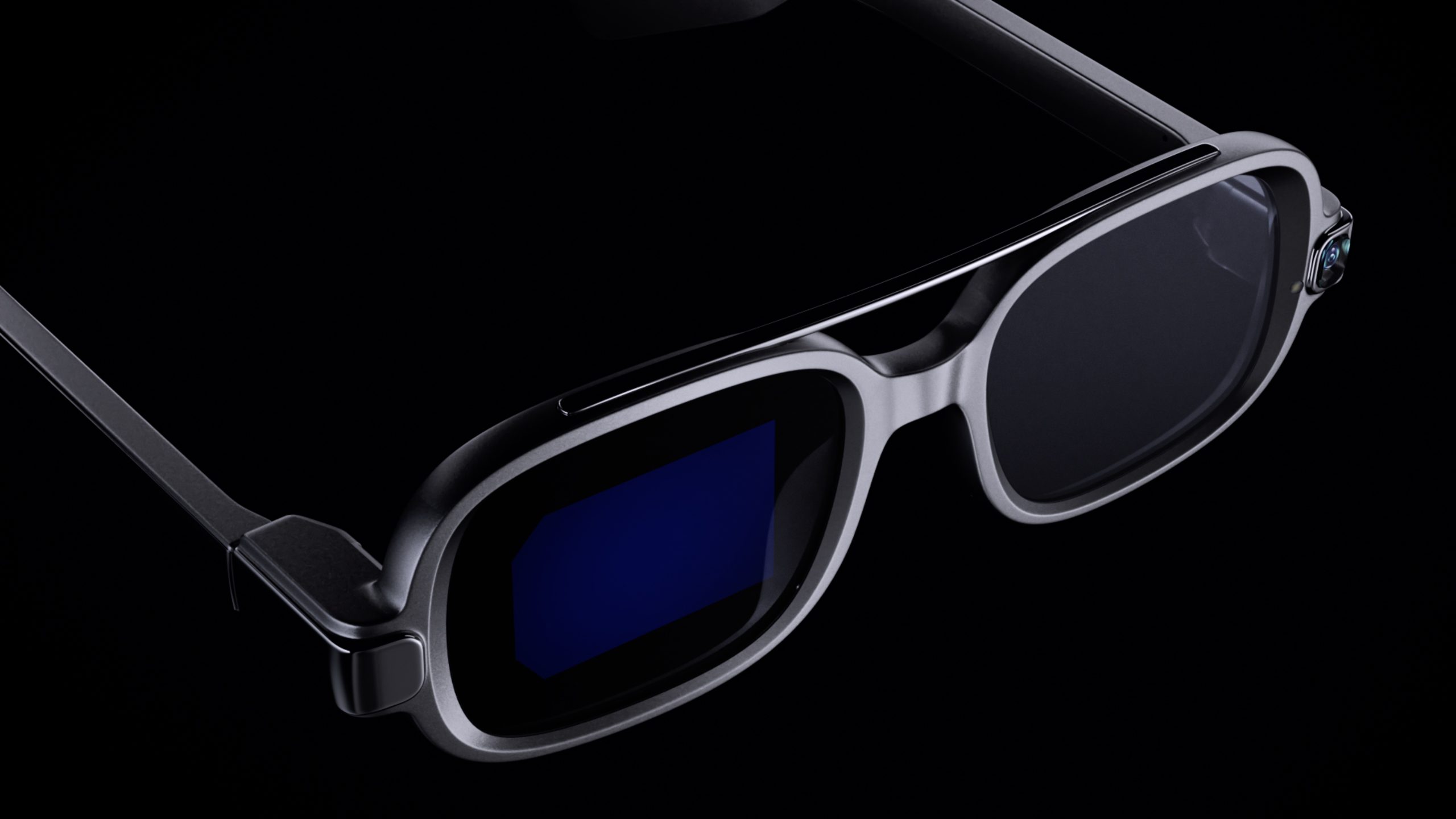 The Xiaomi Smart Glasses is able to display messages, notifications, make calls, navigate, capture photos, and even translate text using microLED technology. All these notifications show up on the glasses themselves using this technology.

Xiaomi used MicroLED technology to fit the imaging system into the frame. The technology allows for brighter displays and deeper blacks while also having higher pixel density and a longer lifespan. The Xiaomi Smart Glasses uses a display chip measuring just 2.4mm x 2.02mm, just the size of a grain of rice—enabling the display to be fitted perfectly within the frame of the glasses. To allow sufficient light to pass through complicated optical structures before reaching the eye even in harsh direct sunlight, Xiaomi has opted for an ultra-efficient monochrome display solution, which is capable of reaching a peak brightness of 2 million nits. 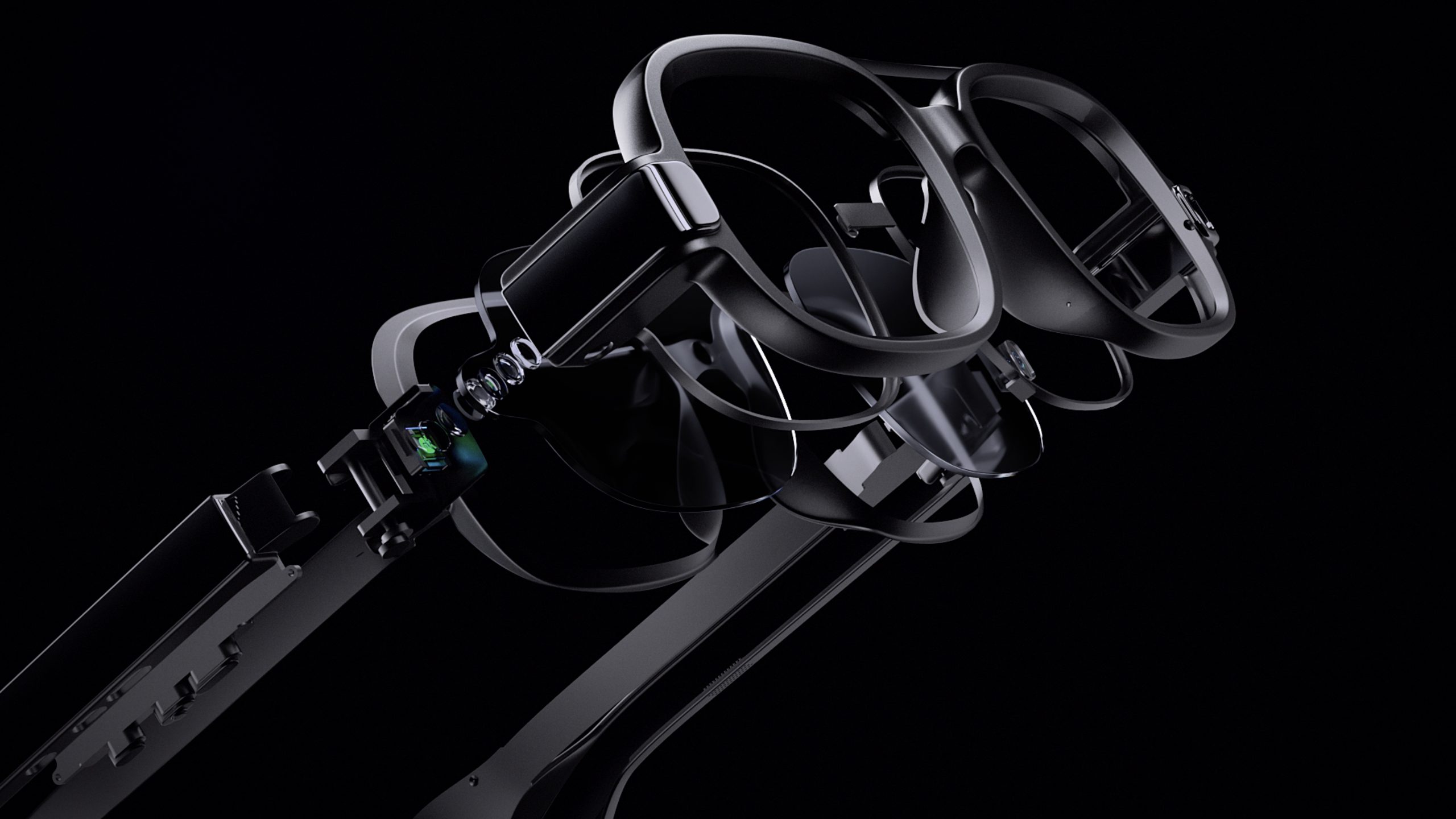 The Xiaomi Smart Glasses integrate a total of 497 components including miniature sensors and communication modules and functions as a new smart terminal with independent operating capability. In addition to basic notification, call display, etc., it can also independently complete functions such as navigation, taking photos, teleprompter, and real-time text and photo translations. 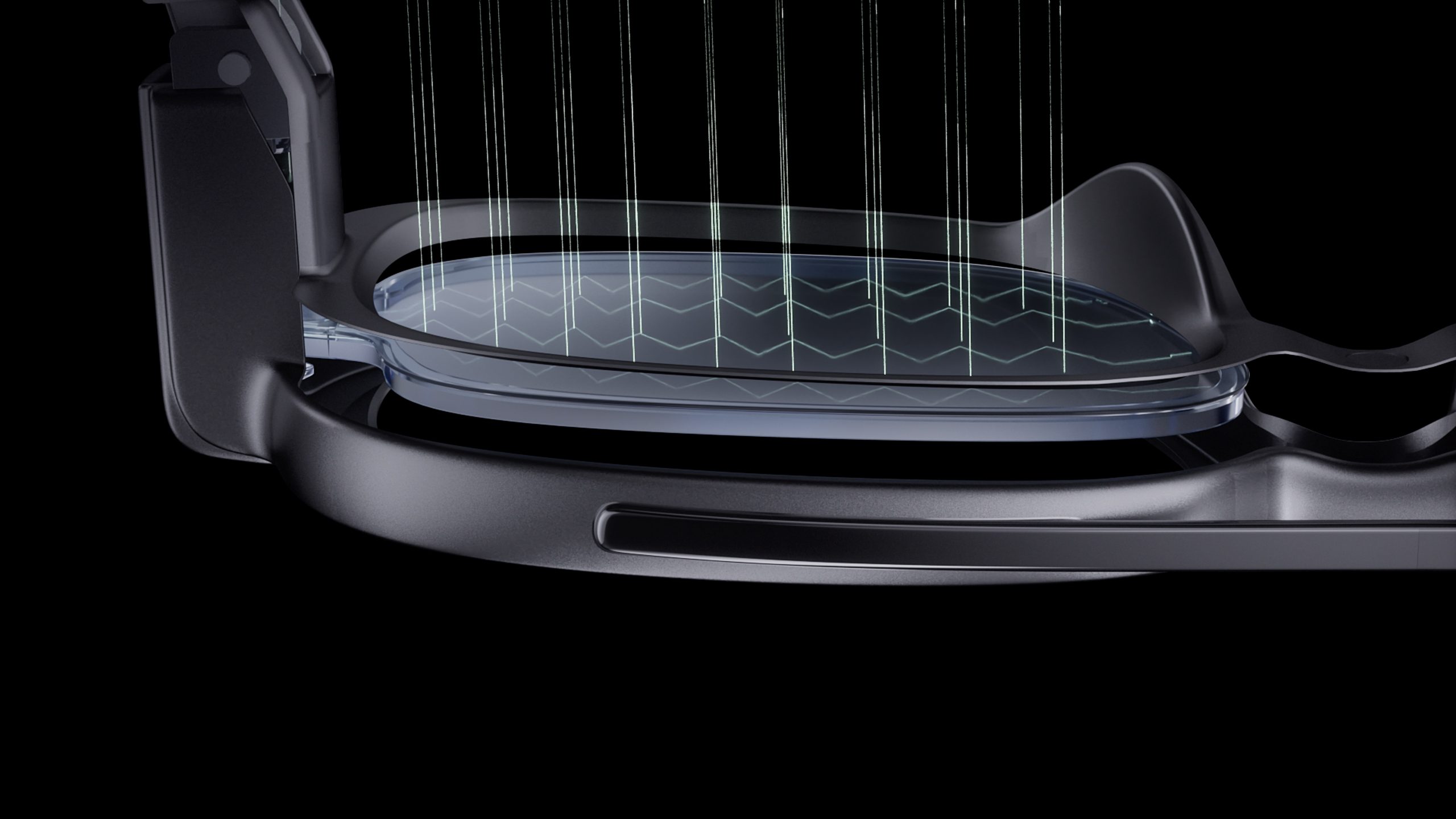 The glasses have a 5MP on the front that can take and translate photos. It also has a built-in microphone that is capable of transcribing audio into text with translations in real-time. An indicator light is next to the camera to show when the camera is in use. 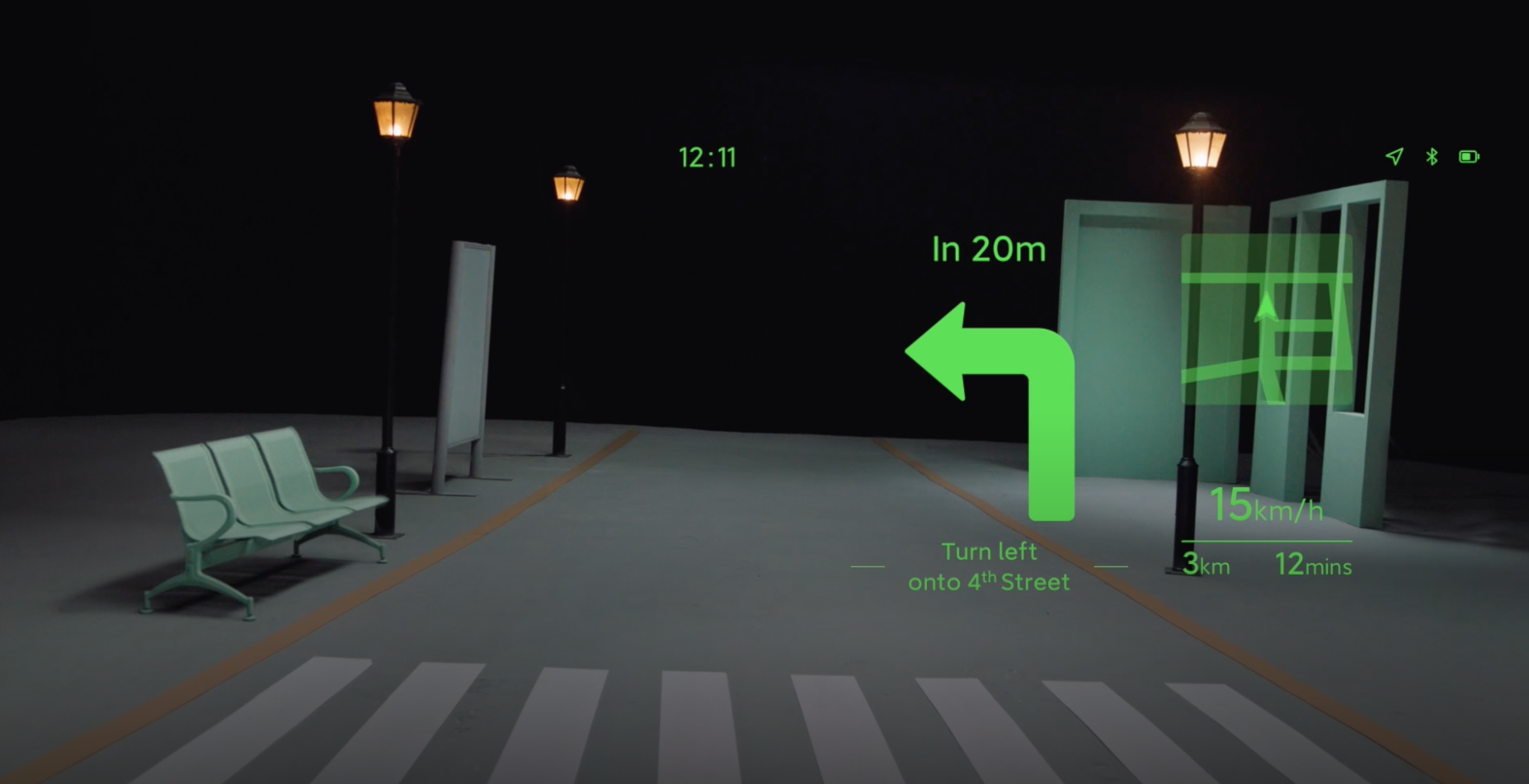 It is powered by a quad-core ARM processor, with a touchpad, Wi-Fi and Bluetooth capability, and is powered by Android. The device only weighs 51g, which allows the glasses to resemble traditional glasses.