If the Php549,999 Predator 21X was an overkill for 99.99% of the gamers out there, then Acer has come out with something a little friendlier on the budget — the Predator Triton 700. Okay, Php150k ($2,999) isn’t exactly affordable but the price point is already in the range current high-end gaming laptops (Razer Blade Pro v2 at $2,799). The laptop has a relatively slim (18.9 mm) and light (2.6kg) profile relative to other gaming laptops in its category. 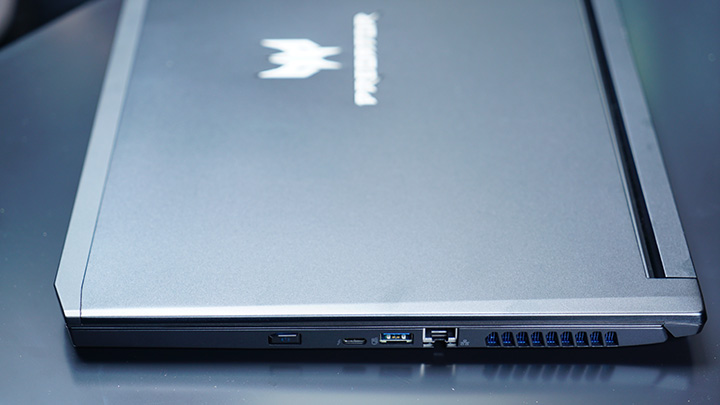 Despite the seemingly simple exterior, the Predator Triton 700 is a sleek-looking laptop inside with the dual Acer AeroBlade 3D fans that provide the right thermal performance allowing for its ultrathin form factor.

You can actually see the fans thru a glass panel just above the keyboard giving you that same feel as those desktop rigs with glass side panels. This panel is protected by Gorilla Glass and also acts as the touchpad. The placement of the touchpad is unconventional and for a regular laptop user, this may seem un-ergonomic at the very least. Well, the reason behind this is because gamers will rarely or never use the touchpad anyway (in favor of an external gaming mouse), especially when gaming, so the placement is not a big issue.

Besides, removing the touchpad from its usual location and moving the placement of the entire keyboard further down makes it more appealing as the user is unencumbered when reaching out to the keys during high-APM games. Speaking of the keyboard, this is actually a mechanical keyboard but have a noticeably lower key travel to keep the overall profile of the laptop slim. Each key has its own individual RGB lights which are programmable.

There’s a slew of ports available with the Triton. At the back is a full-sized HDMI port, a DisplayPort 1.2 and a charging port. 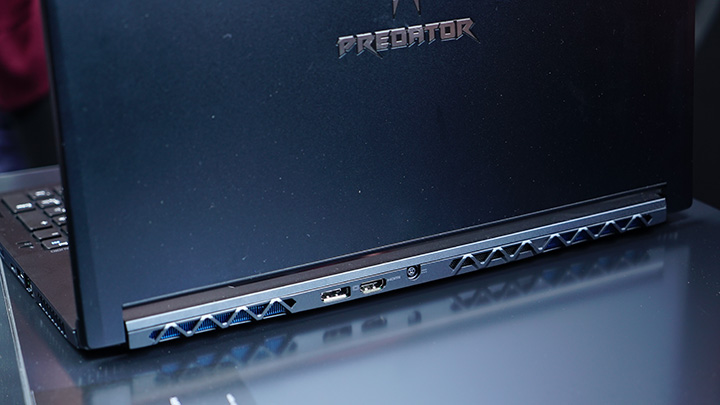 On the right side are a Type-C Thunderbolt port, a USB 3.0 Type-A port, a gigabit Ethernet port and the power button.

According to Acer, they decided to use a version of the GTX 1080 called the Max-Q in order to fit it in such a low-profile gaming notebook. This version isn’t the typical GTX1080 we’ve seen in other gaming notebooks before and the main difference is that the maximum clock speed has been lowered a bit in order to optimize power consumption and operating temperatures. Performance is estimated to be around 80% of the standard GTX 1080 card. These could also be an option for a GTX 1070. 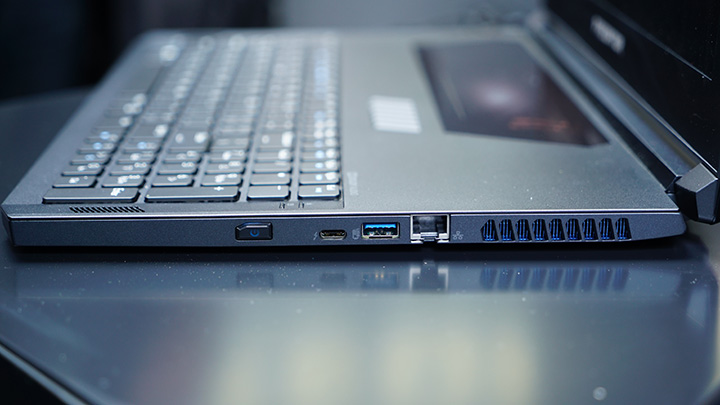 Keeping with the promise of portable gaming, the Predator Triton 700 comes with just a 15.6-inch display. The size is just about right in order to get to the final 2.6kg weight.

Acer used an IPS panel with a full HD 1080p screen resolution in a matte finish to minimize glare yet keep the display bright and crisp. 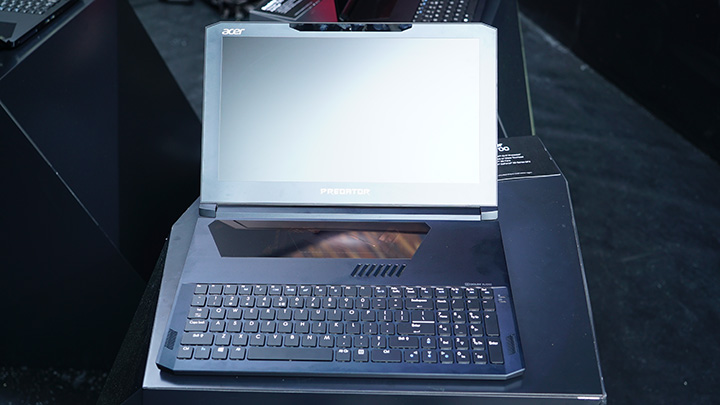 Acer is offering some pretty good alternative for a powerful yet portable gaming laptop and the Predator Triton 700 surely does fit the bill. We’ll know more about the exact hardware specs and the retail price once it is released in the Philippines.

You can check out this quick video we took of the Predator Triton 700 below:

No word as to the release date or price in Asia and the Philippines.