After countless rumors, Apple bids adieu to function keys as it has finally unveiled the new MacBook Pro with a secondary multi-touch, multifunction screen strip called the touch bar. 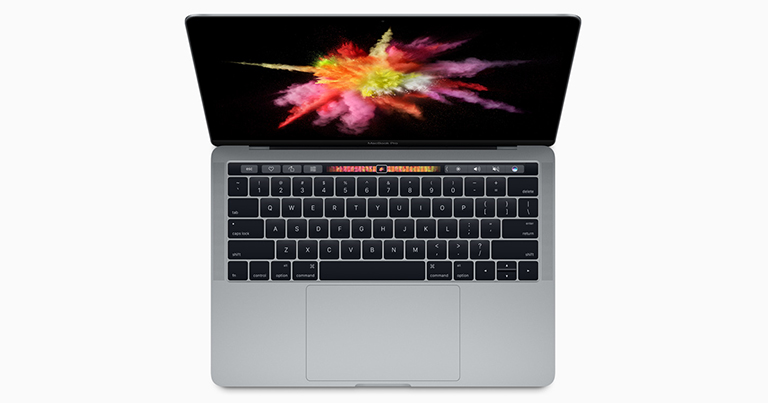 Coinciding with the Macbook’s 25th anniversary, the new MacBook Pro features the Touch Bar, a multifunction retina OLED display that responds to gestures and applies app-specific functions in lieu of the traditional function buttons. With the new bar, one can scroll through an array of functions specific to an app such as scrolling through a gallery of images, reply with quick type on email, get a one-touch access to your websites on Safari, access system controls on a whim, quickly access Siri anytime, or even bring back the function keys in case you miss them.

Cupertino’s new Pro laptop also features Touch ID embedded at the rightmost part of the Touch Bar, enabling you to increase your laptop security, purchase online with Apple Pay, and quickly switch between user accounts on the Mac OS.

The new Macbook Pro, available in 13 and 15-inch variants in Silver and Space gray colors, touts to be lighter and thinner compared to its predecessor. As for its hardware, the 15-inch model is powered by a quad-core Intel i7 processor, 2,133Mhz RAM and AMD Radeon Pro (Polaris) graphics that can hold up to 4GB of video memory.

The 13-inch laptop on the other hand sports dual-core i5 and i7 processors and Intel Iris Pro graphics which Apple claims to be a lot faster. Both of them are equipped with four USB-C Thunderbolt ports that can all function as a power source, a larger Force Touch trackpad for better gestures, an all-new keyboard with second-generation butterfly switch mechanics, better Hi-Fi audio compared, and up to 10 hours of battery life in compliance with various environmental standards.

Also on the new Macbook Pro is a new 5K display that is said to be 67 percent brighter, has a 67 percent better contrast ratio, and displays 25 percent more colors. These are said to be made by Korean tech conglomerate LG and are equipped with power-saving technologies like a larger pixel aperture, a variable refresh rate and more power-efficient LEDs for an up to 30% less power consumption.

In addition to the two new Macbook Pro, there will be another 13-inch variant that will not feature a Touch bar but rather a smaller, more compact device profile suggested to be the Macbook Air’s successor.