Archos has been making its name in the Android scene with their affordable but decently spec’d tablets. Now they’re back with an iPad-sized tablet which shares the same display quality as the 4th generation iPad.

Dubbed as 97 Titanium HD, this Jelly bean tablet boasts a 9.7-inch display with a 2048×1356 screen resolution. The trio running the show is a dual-core A9 processor which clocks at 1.6GHz, a quad-core Mali GPU and a gigabyte of RAM. It is equipped with an 8GB storage that can be expanded up to 64GB. 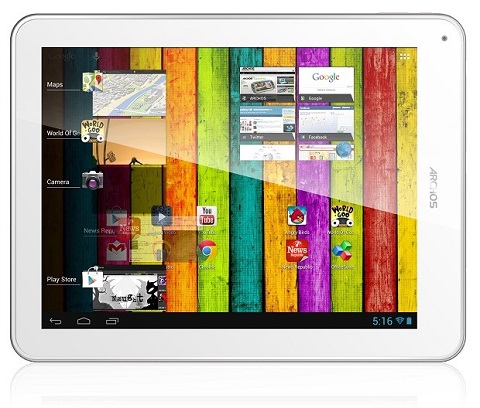 Pricing and availability were not discussed during the announcement, but we think that its price will be pegged at around USD200. At this price point, Archos has just raised the bar a little bit higher for prominent companies to equip their device with better display to justify its expensive price tag.