The Cortex-A73, at 0.65mm2 per core (on a 10nm FinFET process technology) is the smallest and most efficient ‘big’ ARMv8-A core. It claims 30% uplift in sustained performance and power efficiency over Cortex-A73 with frequencies reaching up to 2.8GHz. 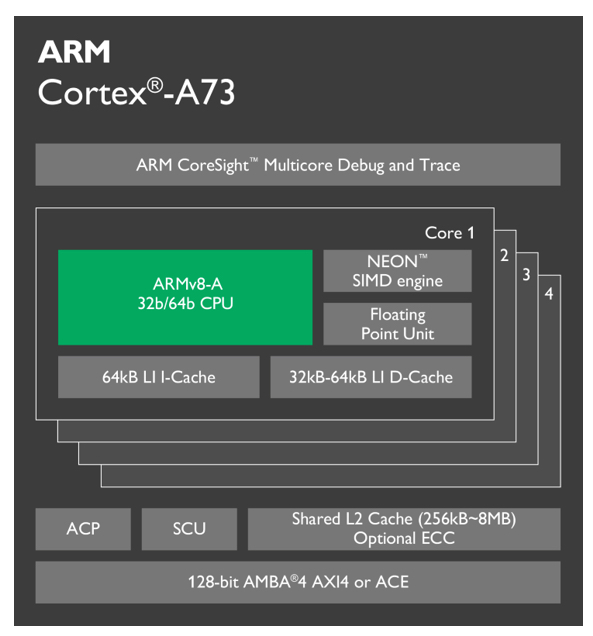 The Mali-G71 GPU, on the other hand, uses the new Bifrost architecture with up to 32 shader cores which promises 50% increase in graphics performance, 20% increase in power-efficiency and 40% more performance per mm2. 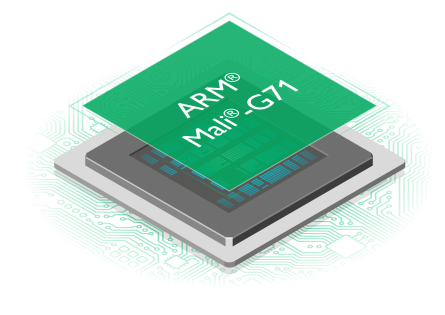