ASUS is not only known for its smartphones, PC components, laptops, and monitors. They are also a strong competitor in the gaming peripherals market. From their popular Cerberus line-up of gaming peripherals, we review the ASUS Cerberus RGB Mechanical Keyboard. Check it out.

Most of its body is made of durable plastic, and flexing is minimal. Both the frame and the keycaps have a smooth matte finish that are very soft and pleasant to touch. The keyboard feels tough and has a lot of heft to it. 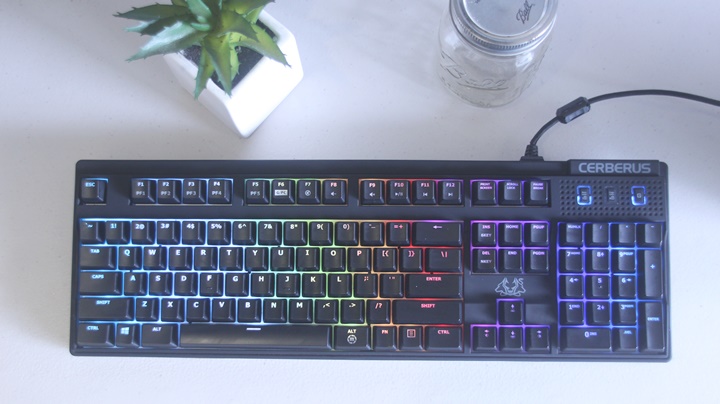 Looking down under, you’ll find that the backplate is made of plastic. While it seems solid, you may not want to drop it or subject it to a lot of stress. It has rubber feet not only on the top where you would expect them, but also on the bottom. They are quite grippy, which ensures that the keyboard does not slide around on your desk. Abrupt forward pushes can easily knock down the fold-out rubber feet on top, however. 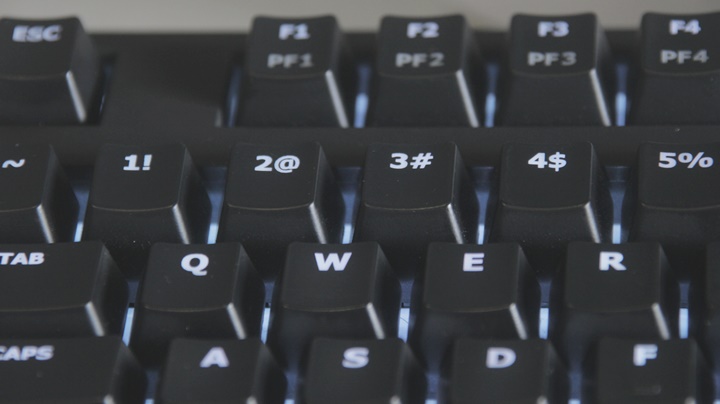 The Cerberus RGB features a 104-key full set of ABS doubleshot keycaps. They have a nice curve to them, as well as an attractive minimalist font. 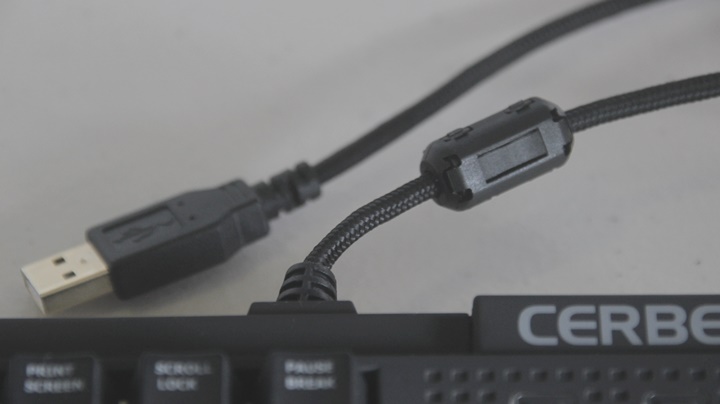 The 1.8-meter cable is as long as you probably need, and looks quite nice as it has a braided sleeving. The section of the cable closest to the keyboard has a sizable ferrite core, which can be unsightly at times. It is also not detachable from the keyboard, a feature that has proven to be very useful in other keyboards

The review unit we got came with Kailh Red mechanical switches, but there are Blue, Black, and Brown variants as well. 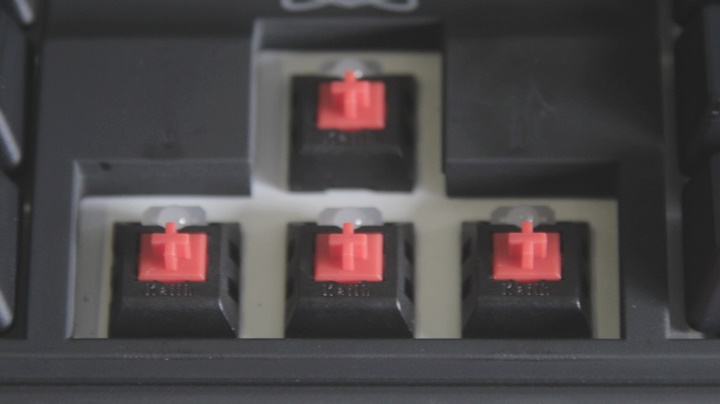 Being reds, they are linear, non-tactile switches with 50g of actuation force. They are quite literally clones of Cherry MX Red switches, but slightly heavier. With that being the case, they still have a fast travel, and are fairly quiet. Check out the video below for a quick typing test to hear what it sounds like.

We noticed inconsistency between switches, as some felt slightly firmer than others. It is not distracting and that can probably be attested to the choice of the cheaper Kailh switches.

Being an ASUS product, we expected lighting to be great, given the success of their Aura Sync technology. We were kind of disappointed in this aspect though, as lighting on this keyboard is not optimized well. Hardware control is very limited, only giving you five default colors, and no support for complete custom control. Included lighting modes are static, reactive, explosion, color cycle, wave, and custom effect. Check out the video below to see them in action.

Software control for lighting was very poor using the Cerberus Gaming Keyboard app. Color customization was not very intuitive and hard to control, which is a shame because the RGB LEDs’ are supposedly capable of shining at millions of different colors. 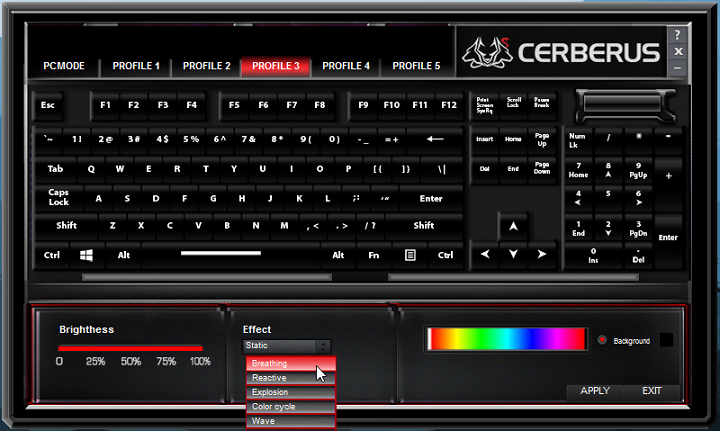 You can also set macro keys using the software or by pressing the Fn and Right-ALT keys to start and stop recording. Setting macros was straightforward and no-frills, using either method. Overall, the app was slow and unresponsive at times, and even caused the keyboard to stop working entirely, which then we needed to do a hardware reset. The LEDs themselves are able to cover a wide range of colors and are pleasantly bright.

After using it for a week of heavy typing, gaming, and video editing, our experience was about what we expected. As it uses Kailh Red switches, gaming was very enjoyable, especially in FPS games. Typing and other productivity and content creation tasks, however, were not so enjoyable as these use cases are often more associated with Blue or Brown switches. 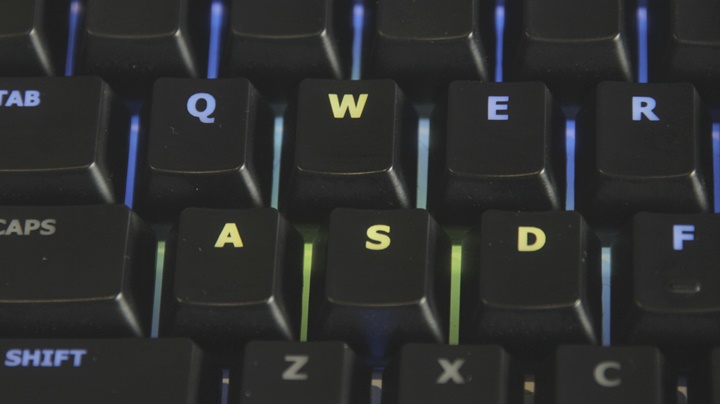 We like that it has both 6-key and N-key rollover, a Gaming Mode function that disables the Windows key to save you from in-game accidental presses, as well as being able to save lighting and macro profiles to the Fn + F1/F2/F3/F4/F5 keys. Media function keys, like, volume controls and play/pause/next/previous are also present.

You are missing a lot of premium features and creature comforts that exist on higher tier mechanical gaming keyboards. As a functional keyboard, the ASUS Cerberus RGB Mechanical Gaming Keyboard is a solid performer for gaming with FPS games, or even for daily use if you’re fond of Red switches. 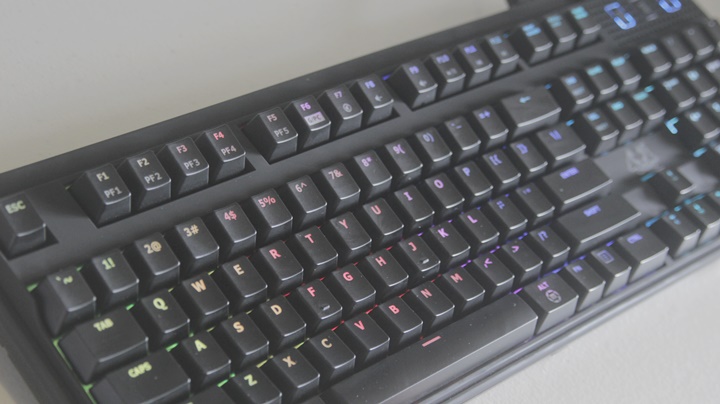 Though hardware and software control for lighting effects and macros could definitely be better, it has a nice design and feels solid enough to last you a few years. Despite its quirks and less than premium quality, it is still a solid contender in the spectrum of gaming-oriented mechanical keyboards.

As of now, pricing is TBA according to a representative from ASUS.