CM has really hit it with this whole teasing game as they reveal yet another of their upcoming products. This time, it’s a tablet that they’re showing, which based on the teaser will be coined as the Wave.

Apart from the tagline “The Wave is coming”, there’s not much of an info that was revealed in the image that can tell us what CM has in store for us. But just when we’re about to give up, we saw something at the bottom right corner of the frame that may shed some light on this mysterious device.

It says “Powered by: Samsung Exynos” followed by some garbled words below it. We did a quick search of tablets that is powered by an Exynos SoC and we’ve come up with two possible candidates; the Ramos W30HD and Huins ACHRO 5250 Exynos.

Here’s a quick look at these tablets’ specs: 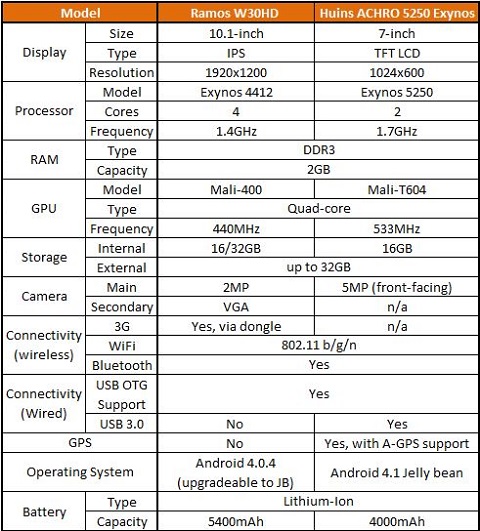 As far as the design is concerned, however, we’re inclined to believe that the Ramos W30HD is the more probable candidate of the two. If our hunch turns out to be true, we’re hoping that CM release the Wave with JB preinstalled and is priced roughly the same as the Ramos W30HD’s current going price which is pegged at around USD275.

Update: CM uploaded another picture indicating that the Wave will sport a quad-core Samsung Exynos. This scratches out the Huins ACHRO 5250 from the possible candidate.