If you own a Chromebook and an Android device, be it a smartphone or a tablet, these new features might be really helpful for you. Google will soon be allowing your smartphone to unlock and log-in to your Chrome OS device, and from there, you will be able to use your Android apps as well. 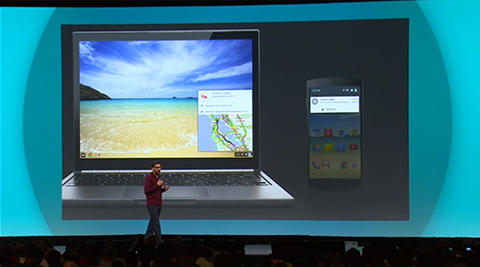 Notifications, calls, texts will be synced across devices, and in addition to that, Google has showcased Android apps running on the Chromebook such as Evernote, Flipboard and Vine – taking advantage of the laptop’s camera.

Google says it is in early stages and that this is still a just a preview. We might see more of it Google’s next event as they’re leaving quite a lot of details to be announced there.