Dell has created something to rival Microsoft’s Surface Studio but it should be fine with the Redmond giant and here’s why. The Dell Canvas is a 27-inch Quad HD (2560 x 1440 pixels) workspace that can be used at an angle or flat on a desk just like a big piece of paper. It ships with a pen and a Totem, as called by Dell, which looks and acts like the Surface Dial. Before we call Dell a copycat, the Canvas was developed in partnership with Microsoft. It was Surface who will lead the new race and Microsoft wishes its partners to follow suit. 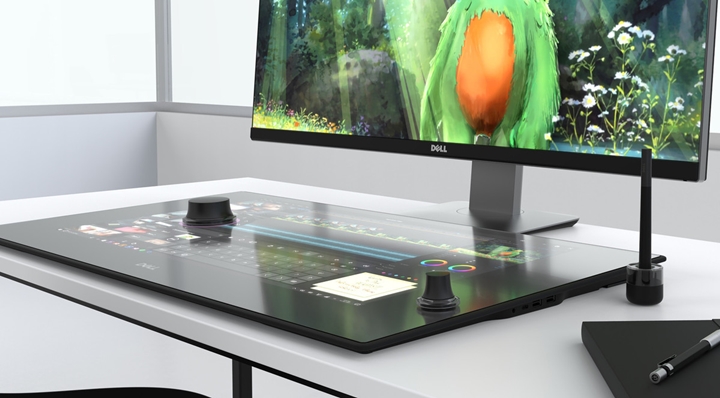 What differentiates the Canvas though is that it’s not a full-fledged PC but rather a huge display that can be used with any compatible Windows 10 machine. It does include a few ports though including two full-size USB 3.0 and a USB-C. It shall work with software solutions from Adobe, Autodesk, AVID, Dassault Systems, SolidWorks and Microsoft.

Since it doesn’t have a CPU at its core, it’ll have a lower price tag of USD 1,799 (~Php89,000) which allows interested individuals to have a Surface-like workstation with their existing PCs. It’s coming this March 30 on Dell.com in the U.S.