Origin PC Stuffed an i7-4790K on a Gaming Notebook

Origin PC Stuffed an i7-4790K on a Gaming Notebook

Even though the Broadwell-U and GTX 965M are all the rage on this year’s CES, Origin PC takes on a different approach on their new gaming notebooks, and instead is put an overclocked Intel Core i7-4790K on the new EON 17-X and EON 15-X.

For the uninitiated, the Intel Core i7-4790K is the unlocked (or overclock-able, if such word exists) version of the high-end Haswell Refresh that we’ve reviewed recently. So, technically, Origin PCs new gaming laptops are powered by a desktop processor, not your typical mobility-focused chip that you’re used to seeing even on the most bad-ass gaming notebook like the Aorus X5. 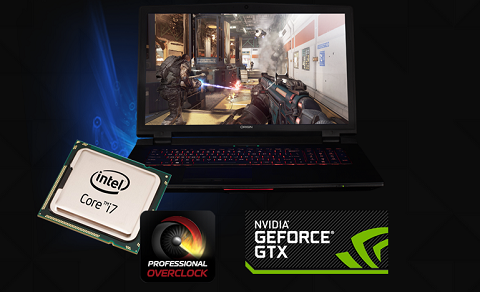 Apart from its beefy processor, it also features a GTX 980M which can be configured to have up to 8GB of GDDR5 RAM which allows it to support 4K gaming via its DisplayPort hooked up to an external display.

Other impressive features of the new Origin PC EON17-X, and its smaller sibling the EON15-X comprise of support for up to two m.2 PCIe/SSD, up to 4TB of HDD if you prefer more storage than speed, and support for up to 32GB of RAM. All of these, including its beastly GPU and CPU can easily be replaced by the end user for future upgrades.

Do note though that apart from the physical ports and the display size and resolution, all of the components listed above can be swapped to any of the parts listed on Origin PC’s official website. That means that you can customize your laptop according to your liking, even the freaking design and paintjob!

The most conservative configuration of the new Origin PC EON-17X will set you back $1878, while the smaller version with base config will cost $1842.