With the 5th Generation Intel Core processors and NVidia GeForce GTX 965M officially announced, we can expect high-performance notebook PCs to be unveiled in the next coming months. But Aorus isn’t willing to wait that long as it unveil what the company considers as the world’s most powerful15-inch gaming laptop – the Aorus X5.

The Aorus X5 Gaming Laptop is as feature-packed as it gets. The sleek-looking notebook PC runs on the new dual-core Intel Core i7-5557U with a base frequency of 3.1GHz that can go as high as 3400Mhz when needed. It’s paired with 32GB of DDR3L RAM and Aorus-exclusive RAID Xpress setup which combines three mSATA solid-state drives with up to 512GB in capacity.

By default, the graphics duty is handled by the Intel Iris Graphics 6100, but when the going gets tough a pair of GeForce GTX 965M chips on SLI that are ready to pick up the slack. 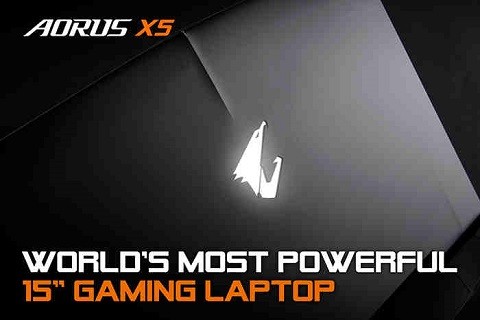 Finally, the Aorus X5 is equipped with a 15.6-inch Sharp IGZO display with a resolution of 3840×2160. Not only is the screen crisp, it also offers better power efficiency compared to other popular display panels.

The new Aorus X5 will be available in the market starting on the second quarter of the year. The base configuration will be sold for USD2,299 while the spec’d out variant will be retailed for USD2,799.