Dishing out Php90,000 for a prime telephoto lens is way out of league of most budget-conscious photography enthusiasts. Fret not though, because Nikon has announced the AF-S DX NIKKOR 55-200mm f/4.5-5.6G ED VR II which should be good starting telephoto lens for budding photographers on a tight budget. 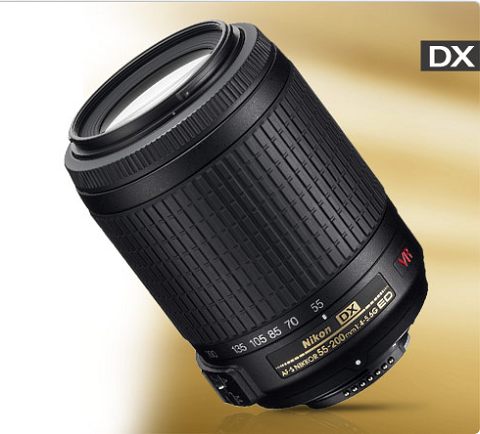 To be frank, not much has changed on Nikon’s new wallet-friendly telephoto zoom lens compared to the previous model. The same set of features like Vibration Reduction (VR), Silent Wave Motor (SWM) and an Extra-Low Dispersion (ED) glass, found on its predecessor can also be found on this new lens, albeith Nikon has added Internal Focusing (IF) feature to the mix just to keep thing a little bit interesting.

But apart from the new IF feature, the few things that you can probably write home about is that it’s 30g lighter than its predecessor, and it features a new collapsible design that allows you to shrink the size of the lens when not in used.

If you currently own the older version of this zoom lens, then there’s really no reason for you to upgrade to this. However, if all you have is your standard 18-55mm kit lens, then the new AF-S DX NIKKOR 55-200mm f/4.5-5.6G ED VR II should be a nice addition to your gear, considering that you only have to shell out USD350 for it once it becomes available on February.