In the wake of the announcement of the Radeon R9 285, a lot of third-party manufacturers have begun showcasing their own take on the new Tonga-based GPU. One of which is TUL Corporation who just unveiled the new PowerColor Radeon R9 285 TurboDuo OC graphics card. 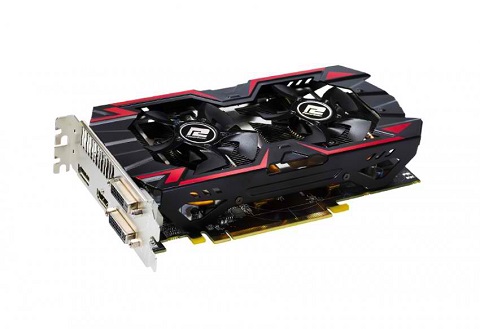 Right out of the gate, the PowerColor R9 285 is factory-overclocked to 945MHz from its base frequency of 918MHz. The graphics card is also equipped with an array of extra features, including two 80mm fans, Gold Power Kit and PowerPAK SO-8, which ensures stability even with the OC settings.

This, coupled with the R9 285’s respectable 2GB DDR5 RAM with a bus width of 256-bit makes it a very decent choice for gamers in the market for a mid-range GPU.

The new PowerColor Radeon R9 285 TurboDuo OC is slated for a September 2 launch and will be retailed for USD250.