Huawei has once again surprised us with a powerful tablet that’s packed with all the Android goodness — a quad-core, full HD tablet called the Huawei MediaPad 10 FHD (FHD means full HD).

Like their flagship smartphone, the Huawei Ascend Q Quad, the MediaPad 10 FHD runs on a home-brewed quad-core processor running at 1.5GHz (the GPU has 16 cores). 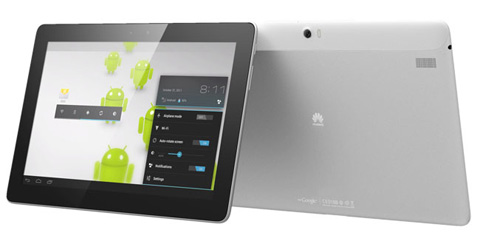 The MediaPad 10 FHD is actually pretty thin at 8.8mm yet a bit heavy at 598grams or 1.29lbs (just a few grams lighter than the iPad2 and with the same thinness). 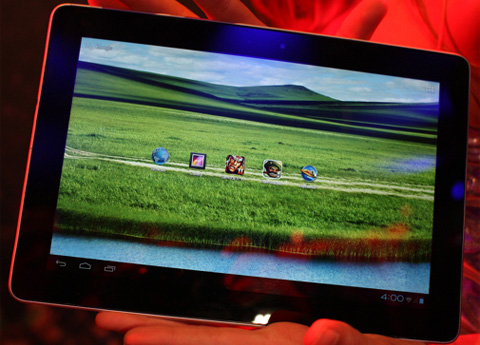 So far, the MediaPad 10FHD broke a lot of record — high 226ppi for the 10-inch tablet, first one to have 2GB internal RAM, the fastest HSPA+ of up to 82Mbps (optional support for LTE) and probably one of the fastest processors in a tablet (as early benchmarks claim).

Huawei promises to release the MediaPad 10 FHD by 2nd quarter of 2012. Huawei did not indicate any price for the tablet.