Huawei made big news last year when it announced the first Android 3.2 tablet running on a dual-core processor. That was in June 2011 and we first saw it in Singapore that day during the CommunicAsia 2011. Last December, it finally landed in the Philippines. Check out our full review of the Huawei MediaPad after the break.

When it was first announced, the Huawei MediaPad promised a great combination of specs, updated Android OS and an affordable price. Around this time, that specs is already a bit common so the first-to-market advantage has somewhat been diluted. 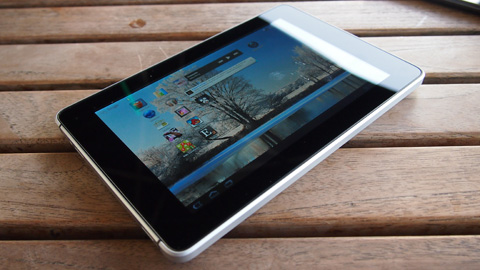 With a 7-inch form factor, the Huawei MediaPad sits in the middle of a very saturated tablet market. The design is simple but its got a very solid build, relatively thin (as in 10.5mm thin) profile and a bit of a heft because of the aluminum body.

The power button sits at the top left corner along with the volume rocker. On the left side is the 3.5mm audio port while the right side are the ports for the micro-USB, micro-HDMI and the charging port (the tablet does not charge via the micro-USB port). 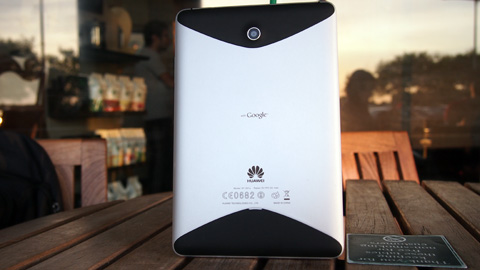 The back panel of the MediaPad is made of aluminum with some parts covered by a thin sheet of black polymer — on one end, houses the 5MP camera (no flash) and on the other end, flips out cover for the SIM card and microSD card slot.

The display is bright and crisp with a really wide viewing angle, thanks to that IPS LCD. With a 7-inch screen, the 1280×800 pixel resolution provides better clarity, good contrast and probably the one with the highest pixel density in any tablet. The black bezel is thinner than what I’ve seen in other tablets of this size.

With a pixel density of 217ppi, it’s even higher than the one on the Galaxy Tab 7.7 which is only 196ppi. The Galaxy Tab 7.0 Plus and BlackBerry Playbook are even lower 169ppi. 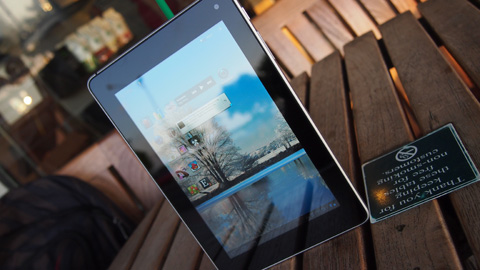 The tablet runs on Android 3.2 Honeycomb, one of the first few ones to come out with it back in June 2011. Today, it’s basically the standard flavor on most Android tablets that are released in the market (save for a rare few that are on ICS).

Performance of the tablet is pretty good — the screen is responsive, apps and games load fast and smooth, web browsing is exceptional thanks to that 1280×800 pixel resolution.

Games like Asphalt 6 HD was already pre-installed on the tablet when I booted it. The game played really well and smooth. More games are available in the Android Market along with hundreds of thousands of apps. 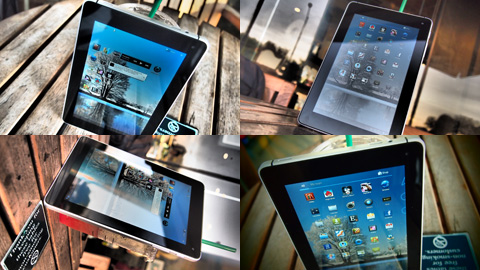 The tablet plays HD videos really well and there’s no noticeable lag between playbacks either. Supported file formats include .AVI, .MP4 and even MKV movies at 720p format.

It’s a bit odd that the two speakers are all situated on the left side of the device (when in landscape position) so the sound experience isn’t that even despite the good audio quality and high volume levels of the speakers. 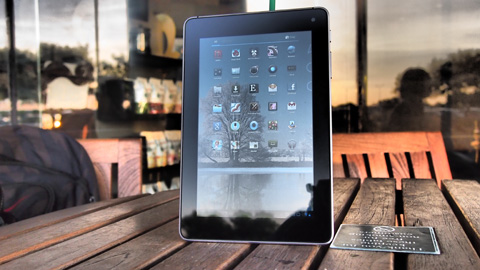 Since the MediaPad also comes with a SIM card slot, you can basically use it with any local SIM and make calls or SMS with the tablet. When subscribed to a data plan, you can also connect to 3G via the telco’s HSDPA network.

Theoretically, it supports mobile internet speeds of up to 14.4Mbps but actual performance will vary depending on the internet service provider and your location. The OS also supports WiFi tethering (WiFi hotspot) so you can use the mobile internet on the tablet and share it to other devices via WiFi. 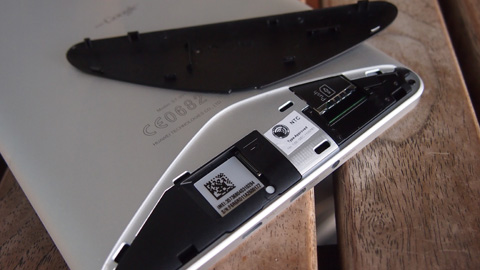 The internal storage on the device is pegged at just 8GB (actually, it’s lower since the system uses up some of it) which is way smaller than what most other tablets offers (normally in the 16GB or 32GB range). You can always expand storage via a microSD card but an additional 16GB or 32GB will set you back a couple thousand pesos.

Huawei included a number of its own apps into the tablet. Of note is the Huawei Office that features a worksheet, presentation and document editor; Hi Suite which is a data manager for the device and a PC that works both via USB or WiFi; and Aldiko for managing and reading e-books. 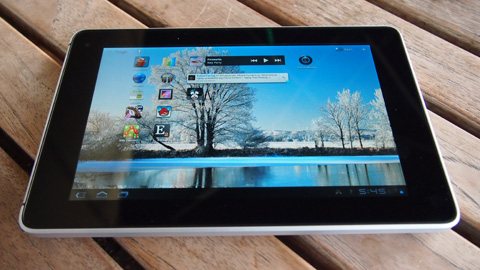 The 5MP camera is decent and can take good photos under well-lit conditions but quality degrades easily when you don’t have ample light. There’s no built-in flash in here but I guess that would not do any good either.

See sample photos below. Decent but not that very good and has a lot of noise and problem with white balance.

Battery life on the MediaPad isn’t as impressive as I expected. I managed to complete around 9 to 10 episodes of Fringe on a single full charge with volume at 50% and screen brightness set at 50%. Huawei promises up to 6 hours of normal use on a single charge and with my tests, I was able to stretch it out to around 7.5 hours.

The Huawei MediaPad has a suggested retail price of Php21,990. It’s wasn’t as affordable as we initially thought it would but it’s got some pretty good specs and it’s already 3G-capable which still makes it one of the more affordable tablets in its category.