Hyundai T7 is an affordable 7” tablet

Hyundai T7 is an affordable 7” tablet

That’s not a typo, folks. Apparently, cars aren’t the only thing that’s keeping Hyundai busy nowadays, because they too have joined in on the affordable slate bandwagon. Check out what the company came up with after the break.

Unlike other sub-$200 tablet from Chinese manufacturers, the Hyundai T7 has the making to be a formidable Nexus 7 contender, especially in the emerging markets. For starters, it boasts the same configuration as the famous Samsung Galaxy S3. If you need to be reminded of how things are under the hood, it’s a 1.4GHz Exynos 4 Quad, 1GB RAM and Mali-400 GPU. 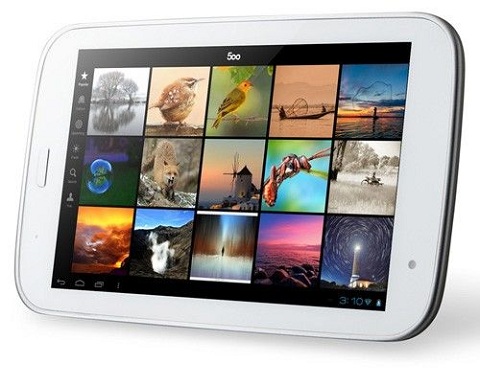 However, Hyundai had to cut some corners to keep the price at USD166. It only has a one camera which is situated at the back, to make things worse though it’s only 2MP. Another letdown is its rather small battery (3300mAh) and that it only runs on Android Ice Cream Sandwich.

If you don’t mind bringing a charger handy every time and not having the latest iteration of Android on your tablet, the Hyundai T7 is definitely a bargain. There’s a slight chance that we’ll ever see this tablet in the local shelves, but luckily, you can still get it through
PandaWill.