It has been said that Apple is set to unveil new set of iPads later this week, and although Google beat them to the punch with the announcement of the new Nexus 9, the Cupertino-based firm has a trick up its sleeve as it “accidentally” leaks the upcoming iPad Air 2 and iPad Mini 3 through the downloadable iOS 8.1 User Guide. 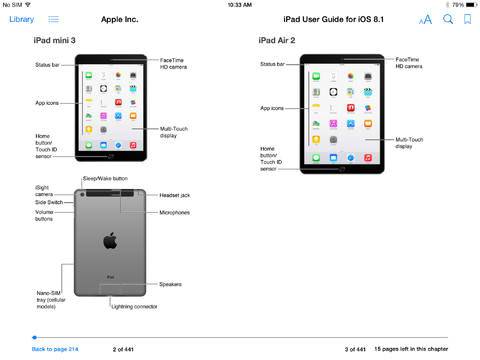 Along with the full frontal and posterior shots (which looks a whole lot like the current generation of iPads) of the two upcoming slates from Apple, one of the screenshot of the digital manual also indicates that both tablets will now be equipped with TouchID sensor, an embedded security feature first introduced on the iPhone 5S.

Another feature that was listed on the user guide was the iPad Air 2’s ability to take Burst Shot by holding the “Take Picture” button inside the tablet’s native camera app. 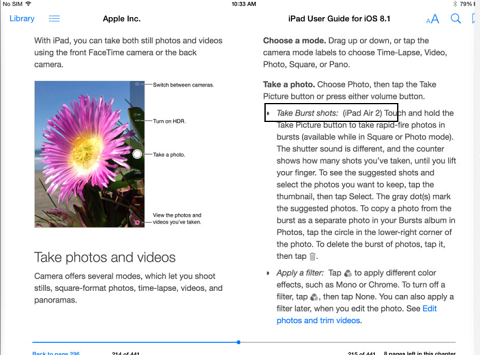 It’s still unclear whether Apple did this on purpose or not, but such stunt is so atypical of the once so-secretive company.