Along with the launch of Android Lollipop and the Nexus 6 and 9, Google also launched an entertainment device what it calls the Nexus Player made by Taiwanese electronic giant Asus. 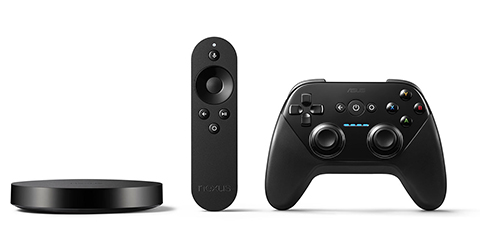 With the Google Nexus Player, the internet search giant aims to create an effortless and seamless Android entertainment experience on television, all with apps, video streaming, games, and movie content directly from the Play Store. As a treat, Google Nexus Player will also have a joystick for games, and a remote control with voice control function.  To be able to use the device, one must have a TV with HDMI input & HDMI cable, and Internet connectivity (Wi-Fi only).

The new device is powered by the latest Android TV and will be out in the market for $99 (Php4,441, gamepad sold separately) along with the new Nexus devices in the coming weeks.

The Video Game Crash of 1983 = 21 Century Breakdown of the Video Game industry… Way too many (C.P.G.)Consoles, Portables, & Games! If they keep this up, C.P.G. could be low priced at any store (online or offline) worldwide. That’s a good sign to buy playable technology but…..

They should have gone with NVidia Tegra 4.