Tablets are very versatile nowadays, as they adapt to our needs within time. Some even feature a full OS for this matter — such as the 10-inch Lenovo Miix 2 powered by a quad-core Intel Atom Processor, 2GB of RAM, and JBL speakers. 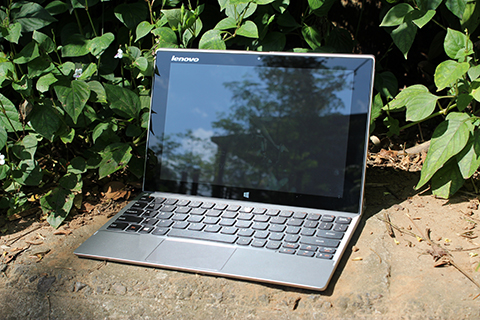 Some hybrids want to be tablets nowadays. Some tablets do want to become full-fledged companion laptops for everyday use. It’s hard to distinguish both nowadays, and that’s what’s Lenovo is doing with this oddly-named slate.

Contrary to common tablet forms, the Miix 2 is formed at an angular shape, and is made of a metal-finished casing; save for its front panel which is made of glass, of course. At the right side are the volume rockers, a speaker, and the charging port. Flip it over, and we’ve got the power/lock button, another speaker, a covered microSD card slot, mini HDMI and microUSB ports, and the 3.5mm headphone jack. The rear camera can also be seen from this side as it is placed near the power button. At the bottom of the tablet is a connecting port for the dock, which is attachable, and a few stickers which signifies what’s inside the tablet. At the front is the 2MP camera. The slate itself feels quite heavy for its size at 580 grams, and my arms would ache after using the slate for a long time. 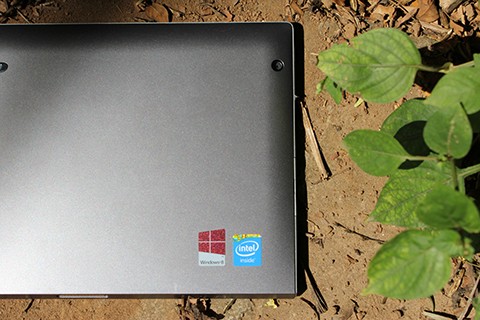 I guess the most interesting part about this hybrid tablet setup is its dock. While most hybrids use locking mechanisms to secure their panels which might be a pain for some users, the Miix 2 cleverly makes use of a very strong magnet to secure its tablet into two positions — a tablet stand for play and presentation, and a full-fledged keyboard dock for enhanced productivity. The dock features two USB ports, a bigger JBL speaker, a trackpad, and a keyboard. 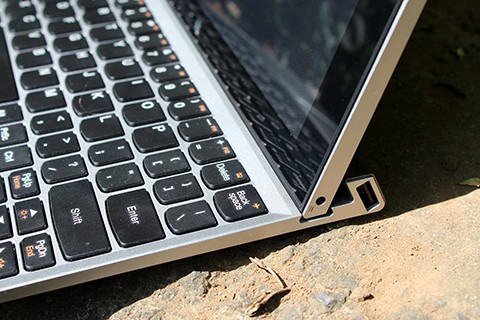 The keyboard has full-sized keys except for the top row which is a bit cramped and will confuse one into typing since the Esc button was cramped along with the row of numbers; hence, number 1 is now in line with W and not Q. The keyboard also flexes a bit when you start typing, especially when you hit those keys at the middle. The track pad is quite flimsy, and doesn’t offer much aside from the usual left and right clicks. It doesn’t have a scrolling function nor multi-touch gestures, but that’s not an issue considering you’ve got yourself a touch-equipped screen. The USB ports are deemed to be very tight as well, and there were times that I am afraid to remove the flash drives or USB cords I insert into it because there is fear that the side plate may detach itself from the dock.

Using the dock is not that much of a problem as it is tilted at a certain angle already once you place the tablet in it. However, the fixed angle may be restricting as it limits how you can use the tablet as a laptop. There were also instances that the tablet isn’t connecting properly on the tablet, and a readjustment is needed to firmly put it into place and get the dock working on it. 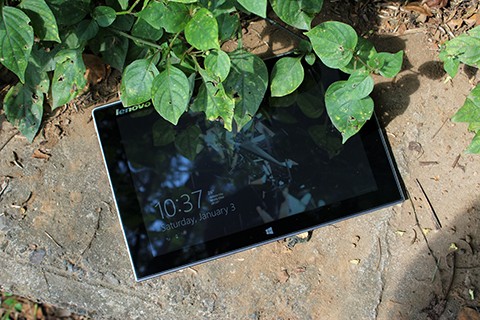 The display is quite stunning. Lenovo managed to squeeze in a 1920×1200 resolution on a 10.1-inch ClearType display, which translates to a reasonable 224ppi on screen. The colors are represented well and viewing angles are all great.

The only downsides I can see are that it takes in a lot of glare when in direct contact with sunlight, and you might find the resolution absurd especially when working with apps on the desktop mode. Some desktop apps I use have become smaller, and I find it hard to read them. As far as Windows 8.1 is concerned, it works fast and fluid in this tablet. The Windows Store is also available, but the lack of available apps is easily noticeable. Lenovo installed a lot of its own software including Companion, Transition, Messenger, and Motion Control. It is also noteworthy that there are trial versions of Office 2013 and McAfee Livesafe also present in the device.

Multimedia file playback on the tablet was good. The speakers powered by JBL, whether on the tablet or on the dock, are fantastic as they present vibrant, crisp, and loud sound. There were no problems playing files with the Miix 2. Due to the screen’s aspect ratio, common HD video files will have a letterbox on top and bottom. I personally do not mind it, because it is not that noticeable.

The slate’s camera works well on well-lit conditions. The colors are quite off, and the camera exposes photos too brightly. If you try using it in dimmed environments, there are huge chances that you’ll be having a highly-pixelated photo. The same can be said with its front camera. Here are some samples taken using the rear camera:

The Miix 2 has a decent performance. The tablet performed well on light to medium tasks except for a few instances where docking became a problem. We only suffered moderate lags and delays as we played some graphic-intensive games such as Ashpalt 8. It’s clearly not a tablet for hardcore gaming, but casual games such as UNO can work on this without much problems. As we ran benchmarks with the device, here’s what we got:

Connectivity wasn’t an issue with the Miix 2. WiFi signals can easily be detected and connected to. We also ran the slate on our standard battery test which involves repeatedly looping a video with 50% brightness and 0% volume, and we managed to get 7 hours and 45 minutes, which is a pretty good for a tablet battery life. You might be wondering if the dock adds battery juice to the Miix 2? Reality check: It doesn’t. With a setup like this, we could’ve wished for the dock to have its own battery to add life to the tablet.

It is also worth noting that the tablet acts like a laptop when with the dock. When we enclosed the slate into the dock, the tablet shut out its display and went into hibernation. 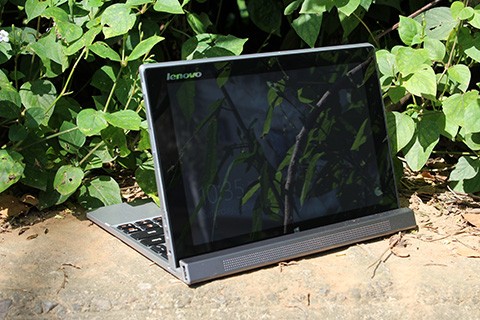 Lenovo blurs further the hybrid laptop and tablet-with-a-dock segments with the release of their Miix 2 Series. It works as an alternative to laptops and utilizes the power of Windows to make a nice productivity slate-and-dock combo for everyday use. Overall, the Lenovo Miix 10 is a decent device with an above-average performance, and it certainly doesn’t disappoint for my day-to-day work matters.

With that being said, there is a room for a lot of improvement with this. The flimsy trackpad, the cramped keyboard’s top row keys, the cameras, and the weight of the tablet itself could be further developed to make a well-balanced device.

What we liked about it:
*Display is above average
*Full-sized keyboard keys except for the top row
*Above average battery life
*Fantastic audio quality

What we didn’t like:
*Cramped keyboard
*Flimsy trackpad
*Tablet is a bit heavy for its size
*Rear camera could’ve been better

The 10-inch variant of the Lenovo Miix 2 is not available in the country. However, you may want to get its 11-inch sibling instead, which sports more powerful specs and retails for Php37,986.

Disclosure: This device was a prize from an online contest I joined in last November.