The Yoga Tablet comes in two screen sizes: an 8-incher and a 10-incher. Both have IPS screens with 1280 x 800 resolution, 5 megapixel rear cameras, 1.6 megapixel front-facing, and 16GB of internal storage with microSD card support. 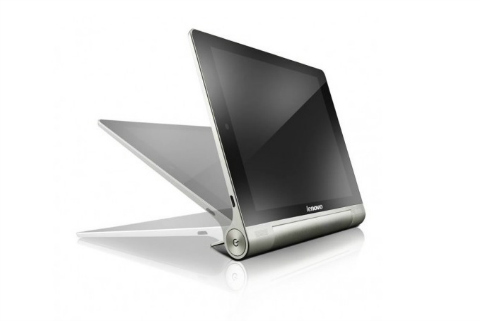 Powering both devices is a MediaTek 1.2GHz MT8125 quad-core CPU, 1GB of RAM, Android 4.2.2 Jellybean, and a battery that Lenovo claims to last up to 18 hours. Other features include dual speakers with Dolby audio, and USB OTG support with the ability to charge other devices. 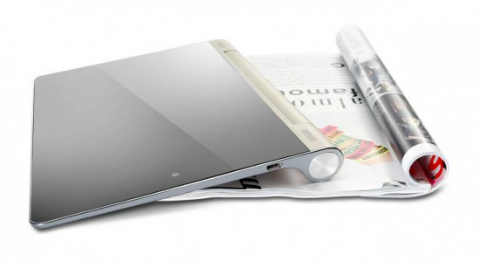 Now for the multimode part, the Hold mode lets you easily use the tablet with one hand thanks to its “exclusive” cylindrical handle. 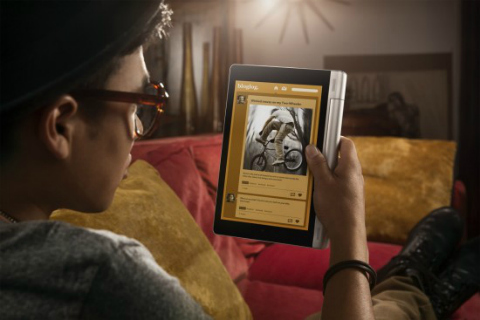 In Stand mode, just rotate the side cylinder 90-degrees to allow the tablet to stand by itself on a desk or table. You can then change the viewing angle from 110-degrees to 135-degrees. 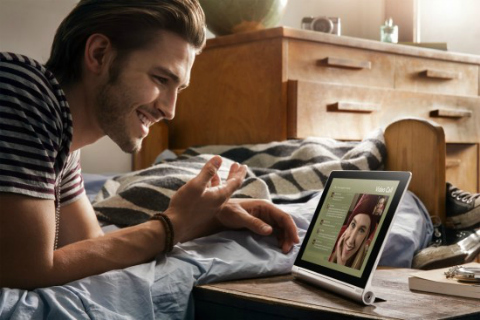 As for the Tilt mode, just lay the Yoga Tablet down on a flat surface and the handle will provide you with enough inclination for comfortable typing or viewing. 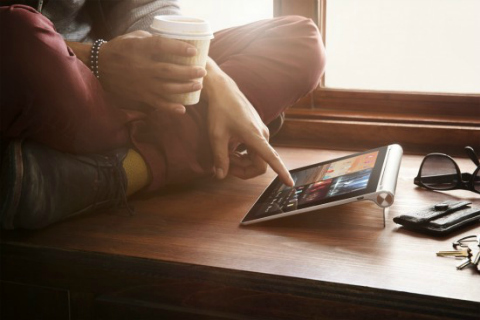