Following the launch of the Crossblade Ranger, ASUS introduced the ROG Maximus VII Impact – a Mini-ITX motherboard that’s compatible with 4th-Generation Intel Core processors, Devil’s Canyon and the next generation processor from Intel which is currently dubbed as “Haswell Refresh”. 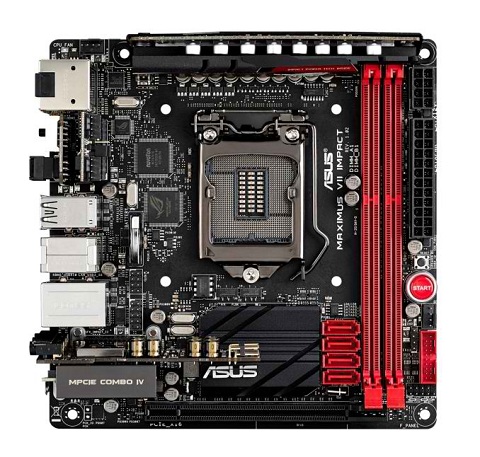 Despite of its small size, the ROG Maximus VII Impact is as feature-packed as it can get. It comes with some of the features found on the Crossblade Ranger, including Intel® Gigabit Ethernet with GameFirst III and ASUS LANGuard, Keybot and SupremeFX audio technology.

It also comes with other features such as BIOS Flashback, Q-Code Readout, and Soundstage just to name a few. On top of that, the Maximus VII Impact is the only Mini-ITX mobo that has a PCIe 3.0 x4 M.2 which results to a faster transfer speed that’s said to be up to 32Gbps.

The SRP and the release date of the new ASUS ROG Maximus VII Impact has not yet been announced during the launch event.