In celebration of their 10th year anniversary, NEO launched the OmniPad R72 which will be offered alongside their current data-enabled offering, the M71-3G. 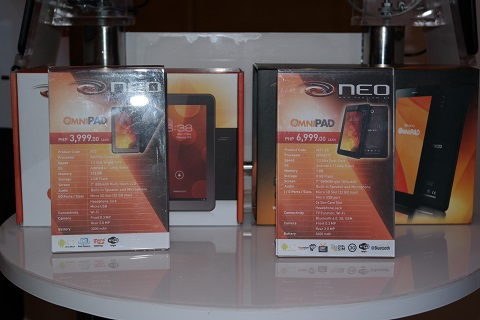 The OmniPad R72 runs on Android Jellybean out of the box which will be displayed on its 7-inch LCD screen. Under the hood of this budget slate is a RockChip (RK2926) Cortex-A9 processor, 512MB RAM and 4GB of on-board storage. It’s also equipped with a pair of optics; 2MP on the back and VGA at the front.

While the OmniPad R72’s features may not be so enticing for the prying eyes, it may just get a second-look from consumers on a budget as its competitively priced at Php3,999. If you want a more decent slate, you can also opt for its dual-SIM counterpart (M71-3G) which currently retails for Php6,999.