In May, Samsung launched in the Philippines its entry-level tablet with an 8.7-inch WXGA+ screen, a MediaTek Helio P22T chipset, 5,100mAh battery, and Android 11 — the Galaxy Tab A7 Lite LTE. The company is offering this to users looking for a small tablet to consume content and as a learning tool for kids. Check out our initial thoughts below. 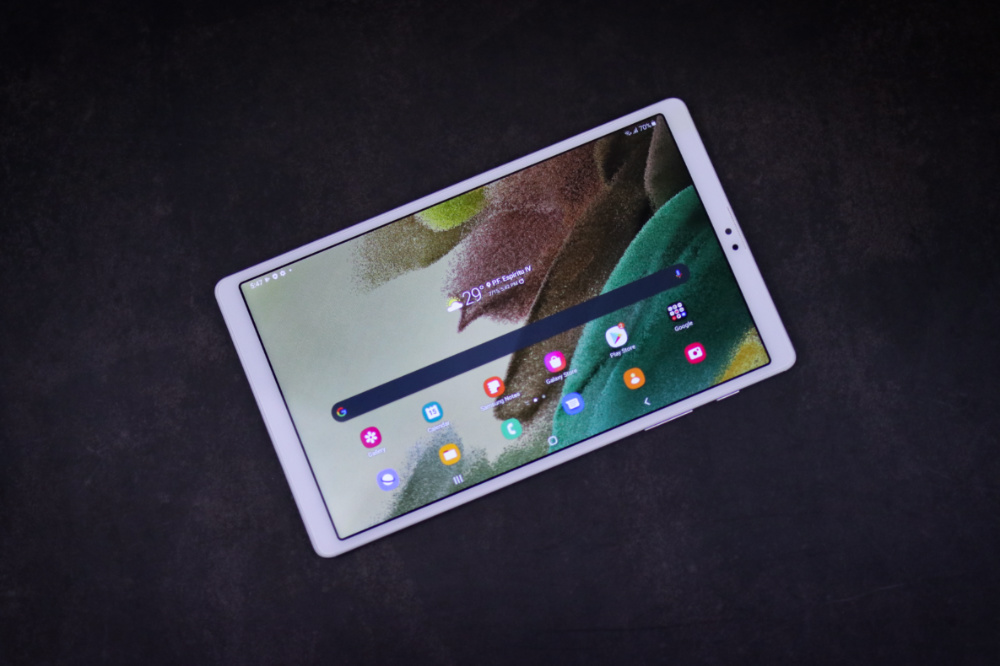 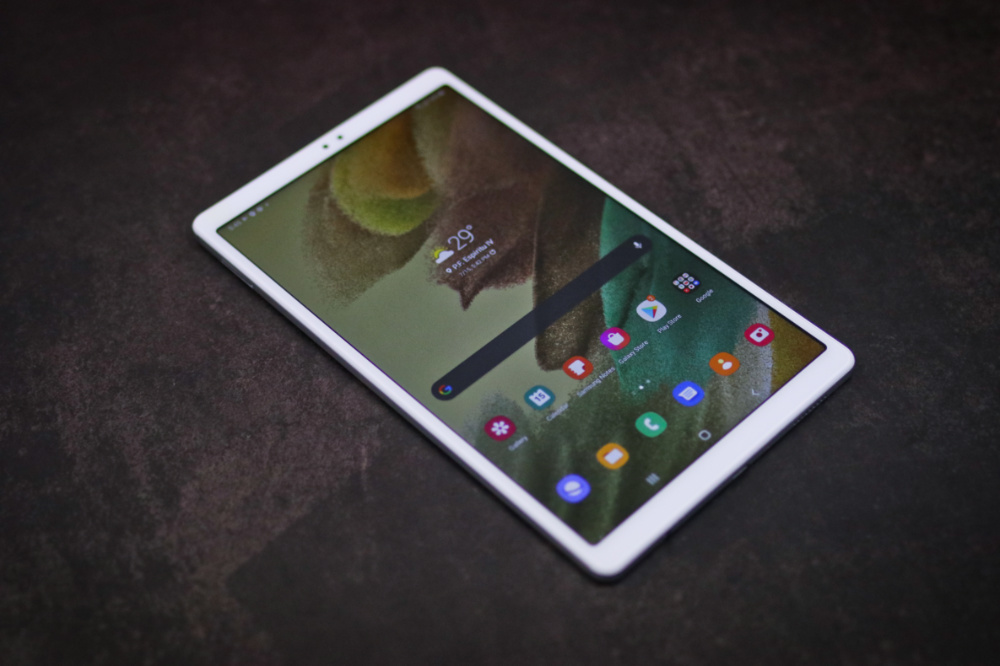 The colors are okay and look natural. However, the viewing angles are dim when you tilt it a bit, which can be annoying when you share the screen with someone. The relatively slim bezels make up for it, though, and make the screen look more immersive. 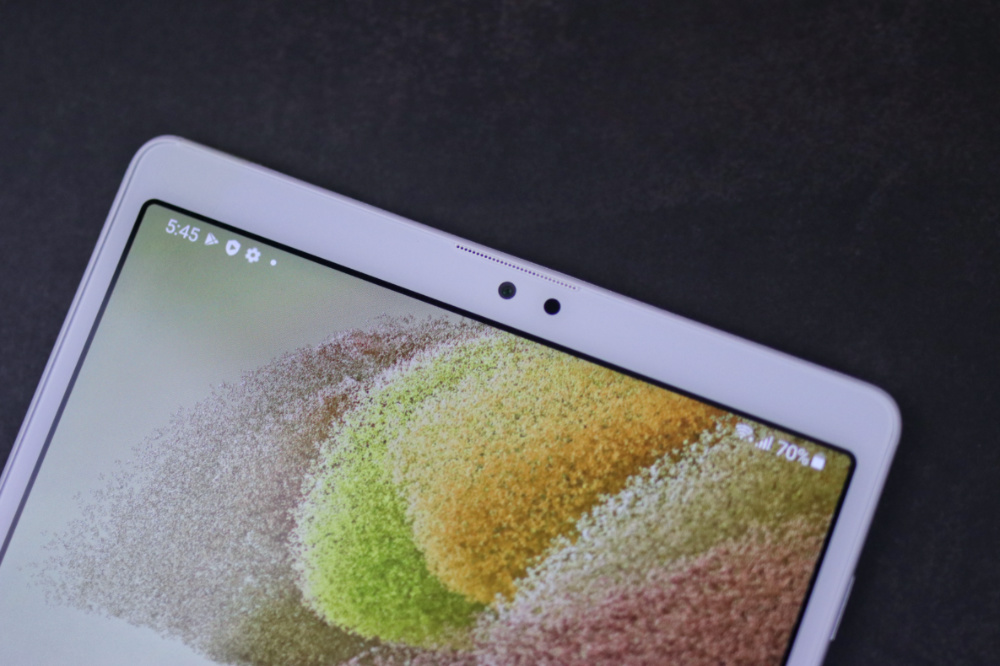 Found above the screen are the 2MP front camera, light sensor, and earpiece for calls. On the left is the card tray for a single nano-SIM and a microSD card. 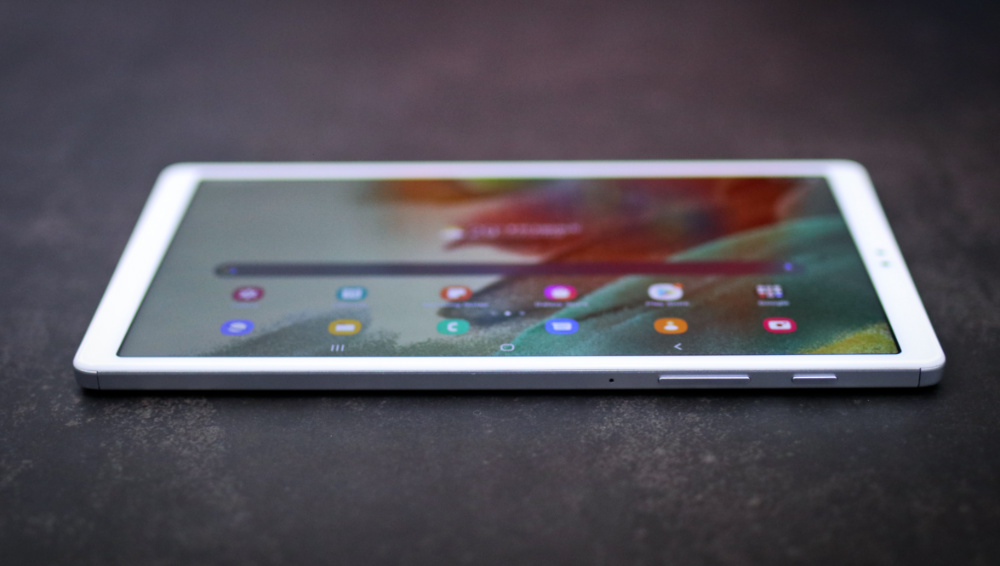 On the right are the volume and power/lock buttons and the secondary microphone. 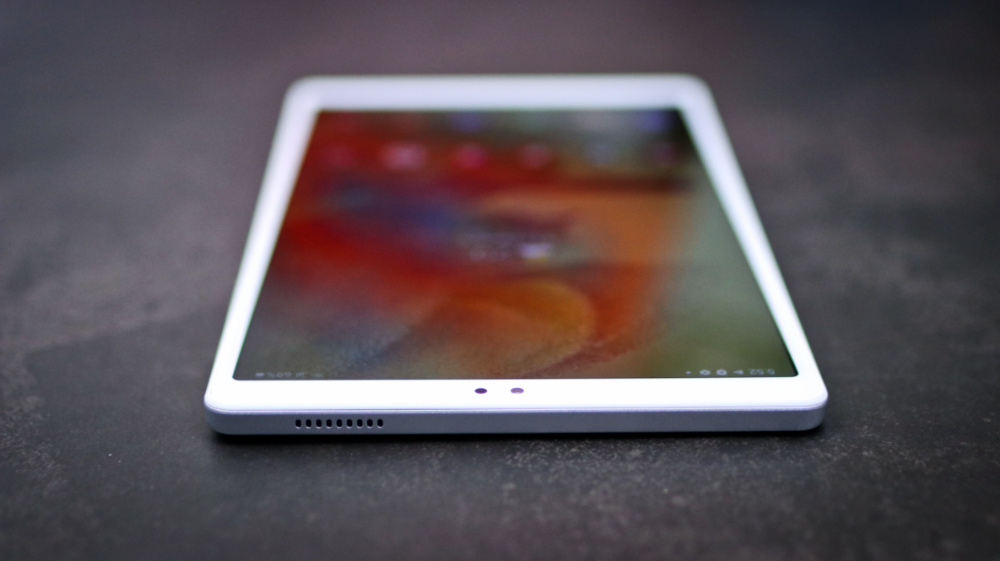 Up top, we have a loudspeaker. 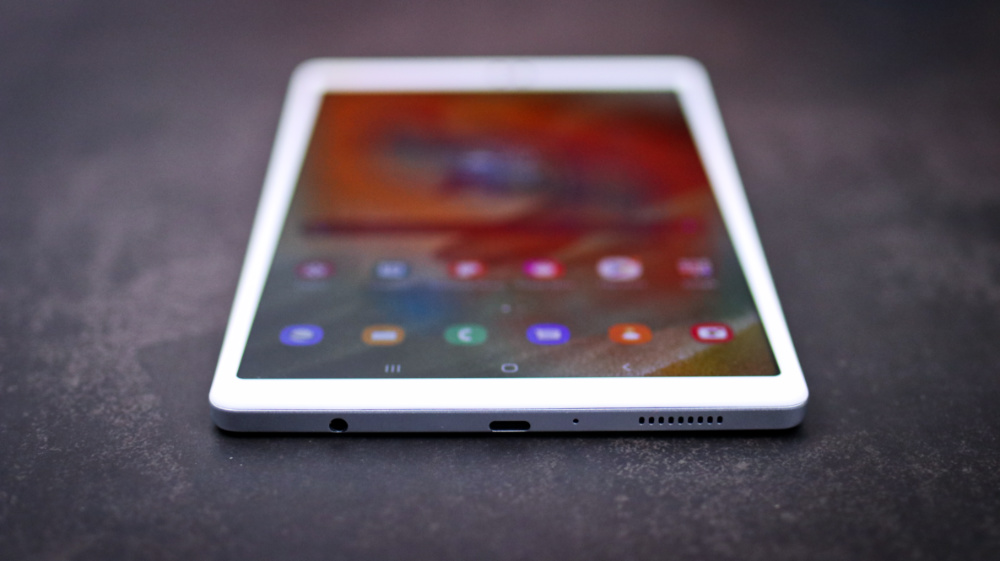 Down below, we have a 3.5mm audio jack, USB-C port, main microphone, and another loudspeaker. 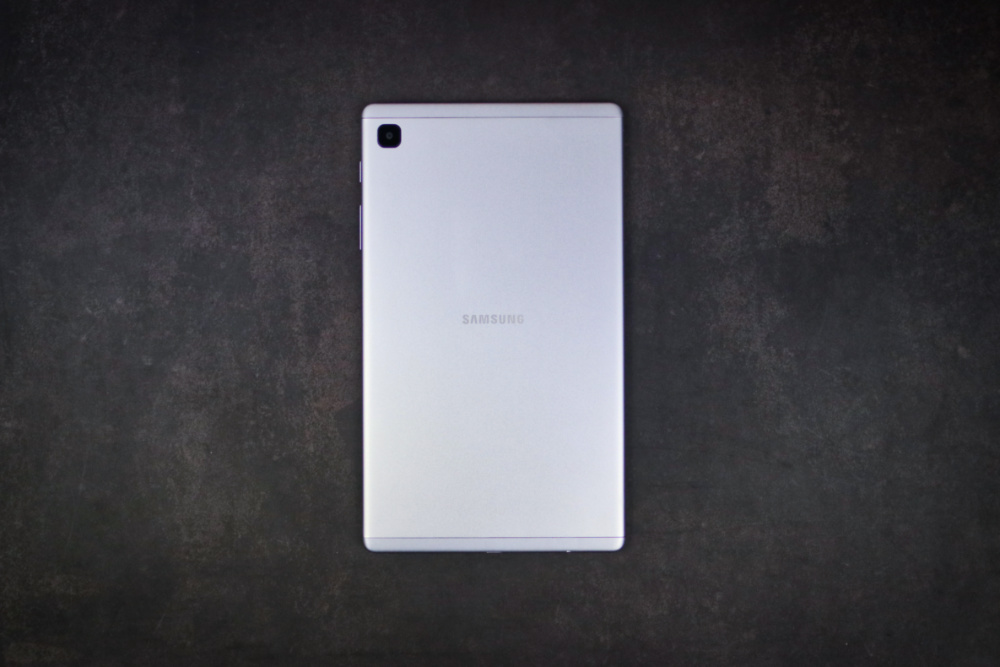 Flip it on its back, and you will see the 8MP camera. Although entry-level, the device feels premium, thanks to its metal frame. The top and bottom edges, though, are plastic for better wireless connectivity. 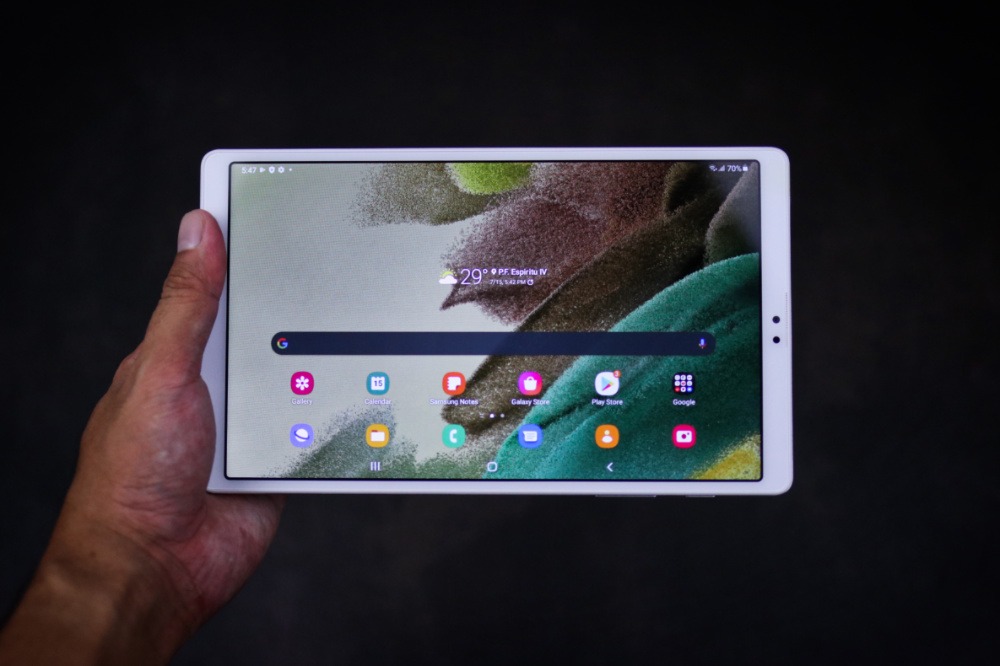 At 8.0mm, it’s thin and easy to hold, whether in portrait or landscape, which is great for watching videos or reading e-books. It also has a decent heft at 371g, although not something that would be comfortable to use when you’re already lying in bed. 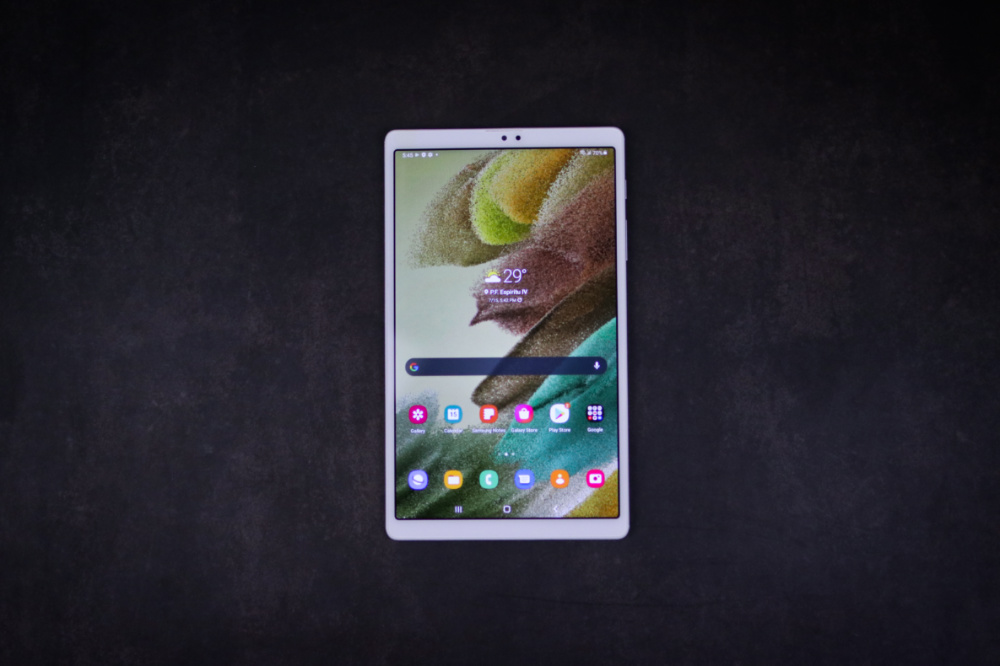 Powering the Galaxy Tab A7 Lite is a Mediatek Helio P22T SoC with an octa-core CPU, 3GB of RAM, 32GB of storage, and a 5,100mAh battery. For the software, it runs on One UI 3.1 based on Android 11. But, again, it’s an entry-level tablet, so don’t expect it to run demanding games. Instead, the recommended uses would be for attending Zoom calls, watching videos on YouTube or Netflix, casual listening to Spotify, reading e-books, and as a learning tool for kids.

The Samsung Galaxy A7 Lite LTE is priced at PHP 9,490 – a bit expensive, though, for an entry-level tablet with this spec.