With Samsung’s Unpacked event just around the corner, the full specs of the Galaxy Tab S8, Tab S8+, and the Tab S8 Ultra was revealed, thanks to a leaked press release posted by Evan Blass. 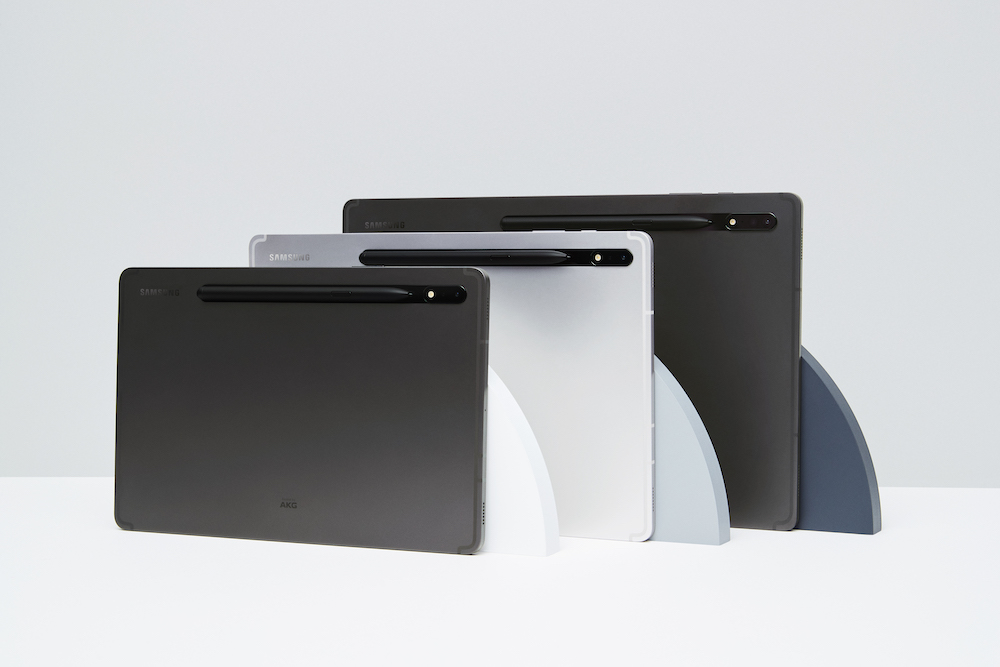 Here are the specs based on the press release: 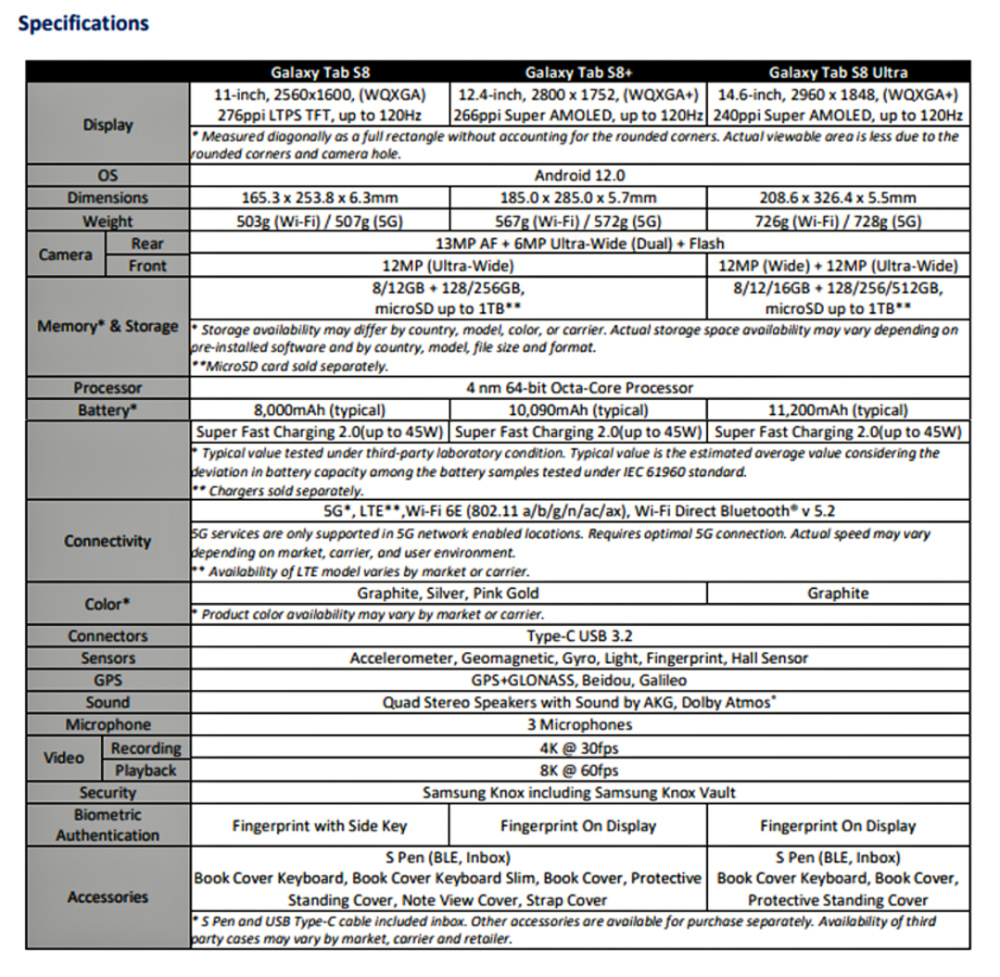 The leaked press release also mentions features like enhanced Multi-Active Windows and Samsung Dex, password-protected Quick Share, Armor Aluminum body, Second Screen and Buds Auto Switch between the Galaxy S22, S-Pen with prediction algorithm for ultra-low latency, exclusive partnership with Clip Studio Paint which can turn your smartphone into a digital color palette two work in tandem with the Tab S8, improved Samsung Notes app, and support for up to four generations of Android OS and 5 years of security updates. The press release says that pre-orders will begin on February 9 and will launch on February 25 in select markets including the U.S., Europe, and Korea. Users who pre-order the Galaxy Tab S8 Ultra will receive the new Book Cover Keyboard, and those who order the Tab S8+ or Tab S8 will receive a Book Cover Keyboard Slim. Samsung Care+ will be available for the Galaxy Tab S8 in select markets.

Do note that this is a leaked press release. Things can still change until it becomes officially launched on February 9, so stay tuned.