Today, Samsung has announced that their line-up of solid state drives (SSDs) will be getting two new additions — the 860 PRO and 860 EVO. 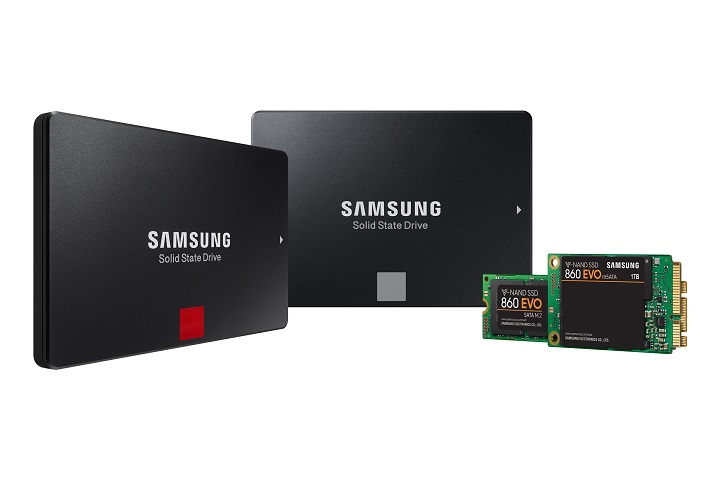 They both use V-NAND flash memory which allows for huge capacity with less power consumption, more speed, longer lifespan, at a lower production cost. This follows up the release of the previous 850 EVO and PRO, released back in 2014, which were the first consumer SSDs to use V-NAND flash chips.

The drives use the latest 512GB and 256GB V-NAND flash chips and up to 4GB of LPDDR4 DRAM in conjunction with a new MJX controller. They support up to 560MB/s read and 530MB/s write speeds, and are slated for up to 4,800 terabytes written for both lifespan and warranty (860 PRO).