Samsung has introduced another addition to their Galaxy Tab lineup, the Galaxy Tab Active, which is slated to go head-to-head with the also recently-announced Sony Xperia Z3 Tablet Compact. 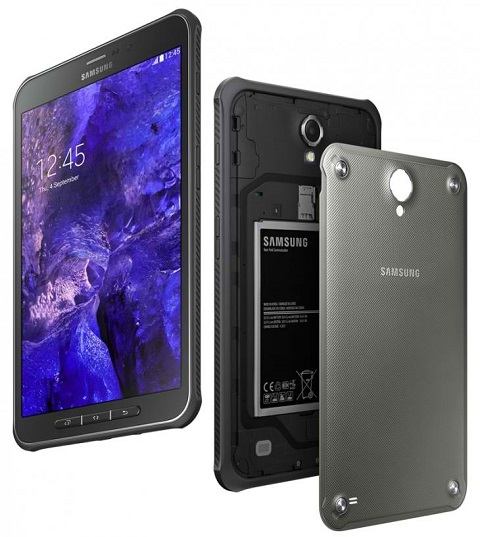 This IP67-certified slate can survive being submerged underwater for up to a meter deep for 30 minutes and is completely sealed to avoid dust from coming in. Samsung was also keen to point out that their new tablet has an anti-shock shell that can withstand a 4-foot fall.

But although it can definitely exchange blows with the Z3 Tablet Compact in the durability segment, the Galaxy Tab Active lagged behind in the processing department. It only has a modest 1.2GHz quad-core processor (presumably a Snapdragon 400) with 1.5GB of RAM and an expandable 16GB of internal storage compared to the Z3 Tablet Compact which sports a 2.5GHz Snapdragon SoC with 3GB of RAM.

The SRP and availability date of the new Samsung Galaxy Tab Active was not announced during its launch.