SamMobile has confirmed a new tablet that the South Korean electronics giant is said to be launching soon. According to reports, this new tablet would feature a Super AMOLED display along with a screen resolution hitting 2K. 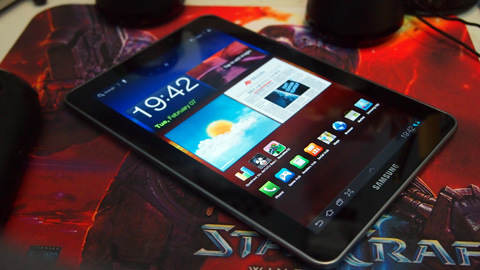 So far, here’s what we know regarding the new tablet:

The new model (SM-T800) is only the second Galaxy device to sport a Super AMOLED display since Galaxy Tab 7.7 that we’ve seen in 2011. The source reports that it would be available in Wi-Fi only, 3G, and LTE variants.

We’re still waiting for announcements as to when it will be available in different parts of the world along with its price tag, but it’s foreseen as possibly the next flagship tablet from Samsung which will then have a fitting price.

Hopefully this wont have the same screen issues that plagued most if not all of the tab7.7