When Sony Philippines introduced their new line of laptops, they presented the Vaio S as the one which is well-balanced — light, portable and has long battery life, yet can be cranked up for more power when needed. Check out our full review of the Sony Vaio S after the break.

According to research, the 13.3-inch is the most ideal display size and the most popular one that consumers buy. This is the reason why Sony made the Vaio S only at 13.3″ and not the other less common sizes.

The VAIO S13 comes in four color variant Black, White, Pink and Silver. The surface of the VAIO’s matte Magnesium Alloy lid with engraved shiny iconic logo gave is an instant hit for us as it gives it sleek to it. 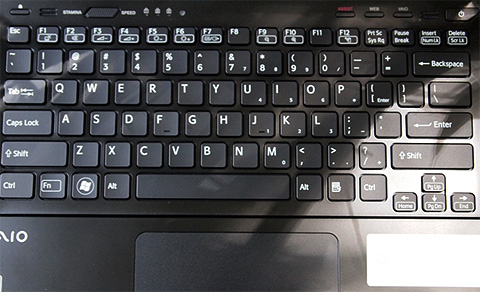 Popping the lid open will reveal a very busy keyboard layout. The Chiclet-style keys are well-spaced and have a very good tactile feedback. Other than the arrow keys, the arrangement of the keys are is pretty much the same in standard keyboard which gives users a faster adjustment curve.

Another thing that we like about its layout is that there’s plenty of room for the palm rest which adds to a more comfortable typing. Iâ€™ve used this system in typing my recent posts and have fallen in love with it in no time. 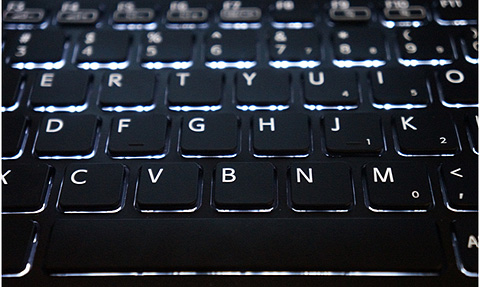 The only thing we didnâ€™t like about S13’s keyboard is its back-lit functionality. In this picture, you can definitely see that the lights bleed all over the place. It’s supposed to help typing in dim situation but it did more harm than good that we actually turned it off after spending only a couple of minutes with it. 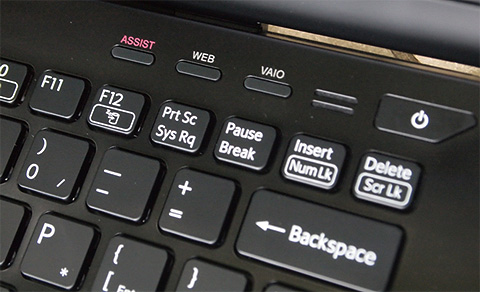 Along with the standard keys are a handful of VAIO keys that controls specific notebook functions. There’s the Eject, Stamina/Speed switch, VAIO Assist, Web, VAIO Configurable button and Power Button. All of these keys are housed inside a smooth-surface plastic frame. For its price, we expected at least scratch-resistant surface to go along with it just like in the ASUS X401. 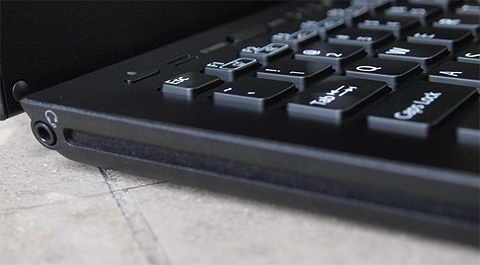 Another key feature of the VAIOS S13 is its wide clickpad, which is a definite plus for us, for the most part. While the spacious clickpad makes for great cursor maneuverability, its size can sometimes present an issue while typing as it comes in contact with our hands. Users can always disable the clickpad (Fn+F1) if ever it becomes too cumbersome. We also like its matte-like texture as it compensates well with my sweaty fingers. 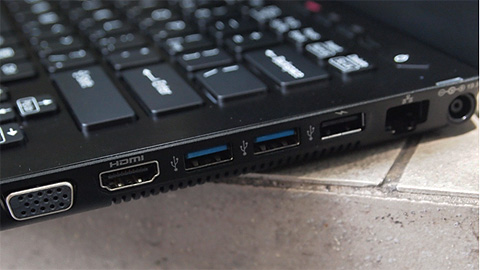 Unlike other laptops who has a tapered bottom, the VAIO S13 follows a more familiar and simple design. Taking a tour on its left side reveals the 3.5mm audio port and DVD drive (unfortunately it doesnâ€™t support Blu-Ray).

It’s actually a tad busier on the other side as the standard ports are all cramped on the right to make room for the DVD drive on the left. There’s not much to be seen at the bottom of the VAIO S13 besides screwed panel that houses the not easily replaceable battery and shallow rubber feet which exposes the plastic bottom panel to scratches. Our guess is that these rubber feet were intentionally made shallow to make room for the optional battery sheet.

Sony has released two variants of the VAIO S but the one we have has 13.3â€ while the other has 15.5â€. Weâ€™re a bit disappointed with the S13’s display as there’s nothing really fancy about its LED backlit screen. For its price, you’ll probably expect a little more than the basic 1366 x 768 resolution and maybe an anti-glare or IPS display. But instead you’ll get the bare minimum. 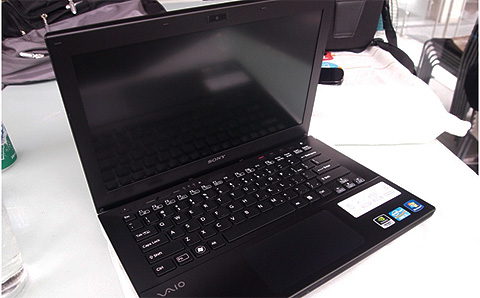 To compensate for the lack luster display, Sony imbued this version of S13 with NVIDIA GeForce GT 640M LE and an Intel HD 4000 integrated graphics chip. Both of these cards should get you covered for your basic and gaming needs but it’s not going to be that satisfying (because of the screen) unless you plug an external monitor to maximize the dedicated graphics chip’s capabilities.

This featured unit is equipped with a dual core 3rd Generation Intel(R) Core(TM) i5-3210M CPU @ 2.50GHz and a single 4GB 1333MHz RAM. It seems a pretty decent engine and should handle your daily laptop needs. However it failed to impress as we experienced a bit more lag than usual even on simple operations. The system froze on us with only two Chrome browsers (with at least 6 tabs opened on each) two MS Word windows and a folder opened. This happened more than once and is very evident on Wake from Sleep mode. Here’s what we got from the Windows Index Experience.

Boot up is relatively fast with the whole process only taking a minute and half to finish. Resume from Sleep mode only takes 2 seconds but as we said there were instances that the system froze after resuming from Sleep.

Weâ€™re not quite sure what causes this to happen but our best guess is that it has something to do with the tons of Sony VAIO bloatware and handful of third-party trial software installed in the system. You can always uninstall most of not all of these software but for the sake of the review we didnâ€™t touch those software or even alter the registry for quicker boot time and faster performance.

As we mentioned earlier, the battery of this laptop is tucked underneath the bottom panel. It’s a 4400mAh battery which is advertised to last for 7 hours. In our experience, the most that we got out of it is 6 hours on normal use and around 3-4 on gaming (DoTA). We also mentioned earlier that Sony is offering an external battery sheet which also has the same capacity as the internal one to double your juice. 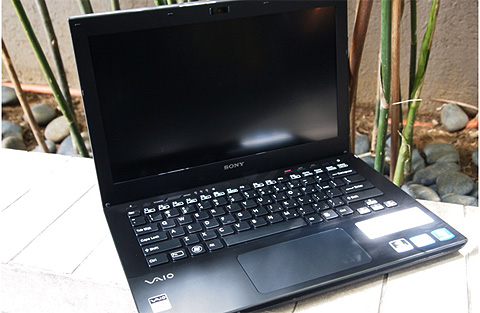 All in all, we had a great time with the VAIO S13 despite the few bumps we encountered along the way. In our opinion these slight issues shouldnâ€™t eclipse the other good features of the laptop as those can be fixed with little bit of tweaking. However there’s not much you can do about the poor display but just to deal with it or attach an external monitor. Its greatest strength lies on its keyboard (minus the backlit function) and spacious clickpad. But with a retail price of almost 60K, we think that Sony will have a bit of a hard time marketing this laptop unless theyâ€™re eyeing on the VAIO upgraders.