Toshiba has recently announced the availability of the latest addition to their Excite product line, the Excite 10 SE tablet.

As its name implies, the tablet sports a 10.1-inch AutoBrite touchscreen display. It would’ve been nice if Toshiba equipped this slate with an FHD display just like its competitors, but users will have to do with a sub-par 1280 x 800 resolution. 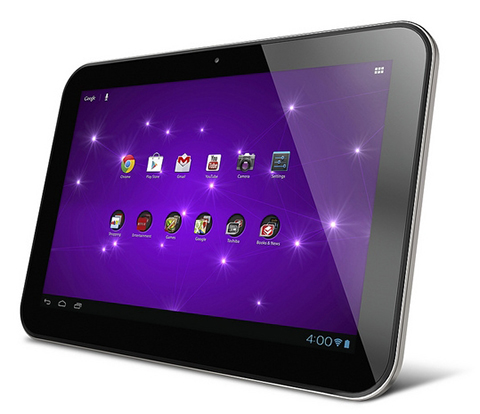 It runs on Android Jellybean and powered by an NVidia Tegra 3 quad-core processor under the hood backed by a gigabyte of RAM. The tab has a pair of cameras, 5MP on the rear and 2MP at the front. All of which are enclosed in a 10mm thin body with a textured Fusion Lattice finish exterior.

The Toshiba Excite 10 SE will be available on the 6th of this month in the US and is priced at USD350 a pop for the 16GB model. At that price point and with not much feature to entice prospective consumers, it’ll definitely have a tough go against Samsung’s two latest ten inchers (Note 10.1 and Nexus 10) or any other 10-inch tablet for that matter.