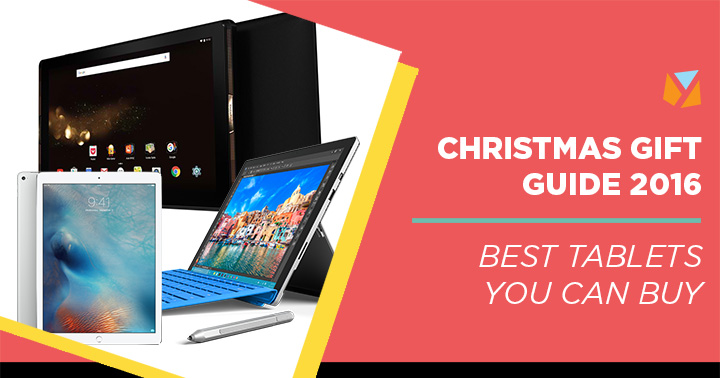 It’s time to check out the best tablets available for purchase locally. Whether you’re looking for something cheap, or good for entertainment and productivity, we’ve got you covered. The tablets in this list are available either online, stalls, or authorized retailers. The pricing is based on our reference seller and it may differ from other offers. Let’s begin!

Let’s begin with the cheapest yet decent tablets your money can buy. In this range, there’s not much to expect from a slate but the basics. 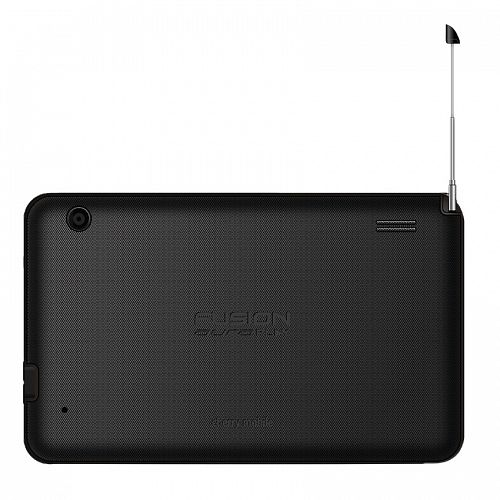 First off, we have the Cherry Mobile Fusion Aura Play. You can reward yourself with a 7-inch tablet that has a digital TV function for just Php2,499 (listing here). It even has two Micro-SIM card slots for 3G internet connectivity on the go. If you can add a bit more cash, you can go for MyPhone myT2 DTV tablet for Php3,199 (listing here). This one has a better and bigger 8-inch display. We were able to review this just recently and we find to be fairly okay. 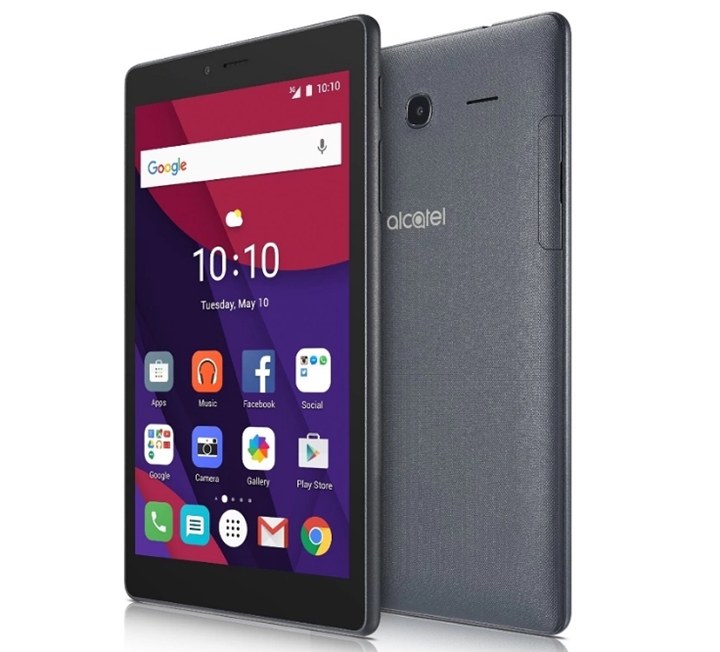 Maybe you wanted a better-looking tablet? The Alcatel Pixi 4 7″ 3G tablet is a looker but it still has low specifications. Although, among the sub-5k slates, this one runs Android 6.0 Marshmallow. This is currently listed for just Php3,319 on Lazada (listing here). 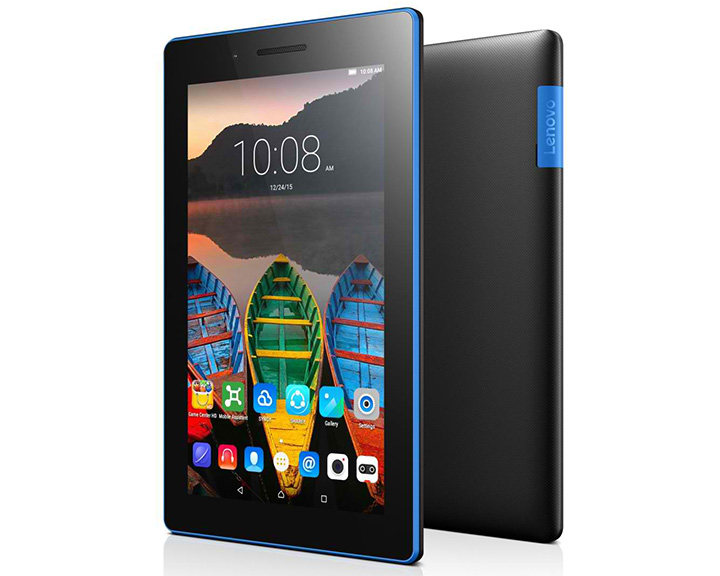 Lenovo also has a budget tablet dubbed as the Tab 3 Essential boasting a larger 16GB storage. It’s got a good plastic build to it as well and it goes for Php4,999 in official stores.

One of Cherry Mobile’s best offering is their dual-boot tablet — the Cubix Morph. For those looking for a tablet for games and productivity, this one will suit you thanks to its included keyboard cover. It boots Windows 10 for a full PC experience and also Android 5.1 Lollipop on the side. You may check out our review here to know more about it. This goes for just Php5,549 exclusively on Lazada (listing here). 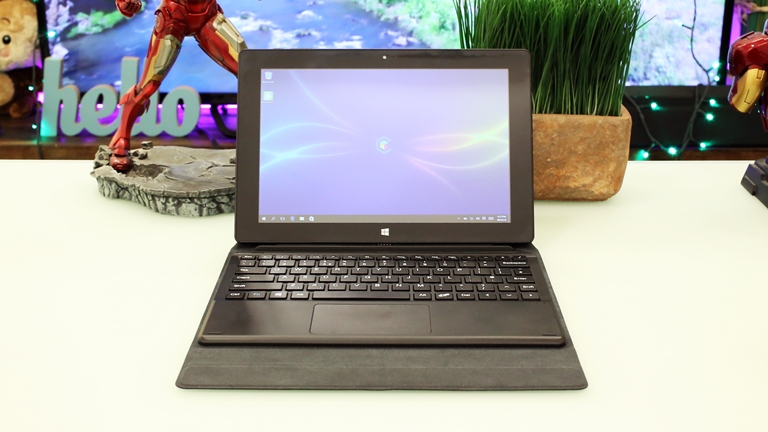 CloudFone also has a dual-boot offering complete with an included keyboard in form of the CloudPad X. It’s smaller with an 8-inch display making it a bit more portable than Cubix Morph. The slate boots a dated Android 4.4 KitKat and Windows 10. It retails for Php6,999 at CloudFone stalls. 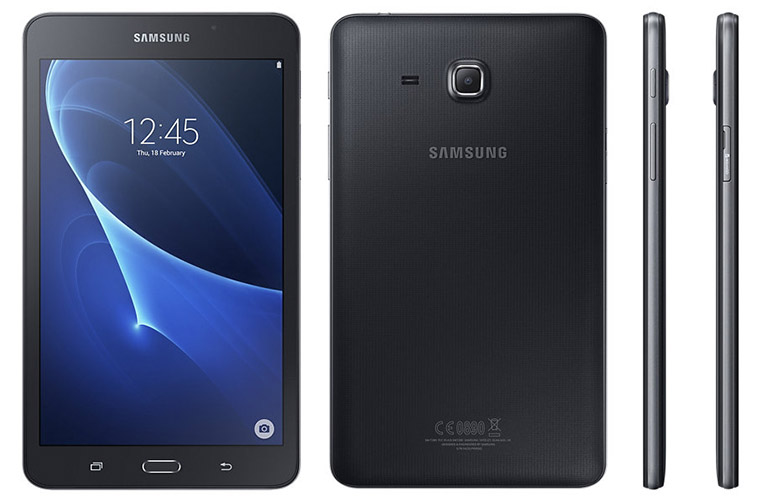 Putting a bit more budget for tablets will get you the Samsung Galaxy Tab A 7.0 (2016) which currently retails for Php7,990 (listing here). With this, you’ll have LTE connectivity on the road plus a high-definition IPS LCD panel with wide viewing angles.

If you wanted something bigger for entertainment, you could check out the Acer Iconia Tab 10 (A3-A40). It’s got a Full HD 10-inch display with four front-facing speakers. It’ll be good for video streaming like Netflix or use it as your on the go media player. This one is available on Villman for Php9,990 (listing here). 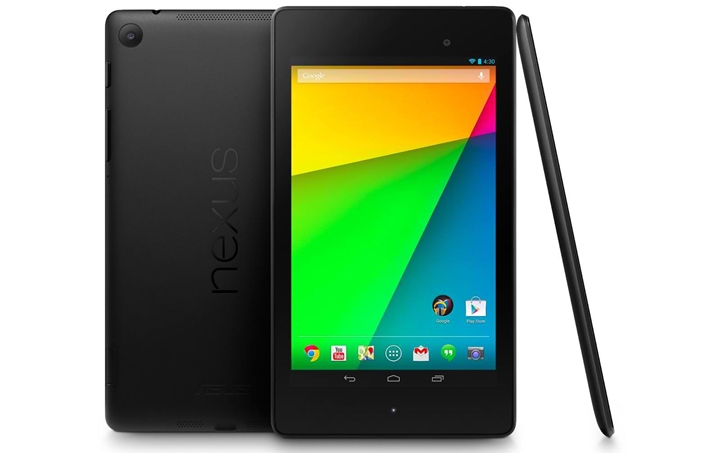 Remember the Nexus 7 (2nd Gen) tablet? Well, Asus brought it here officially and it’s still on sale at a discounted price. It’s a well-built tablet with a good screen and can be updated to pure Android 6.0 goodness. The 16GB variant is being sold for Php6,649 (listing here) while the 32GB option is a rare find.

2016 was not exactly an interesting year for Android tablets and in this range, we only have those from 2015 but they’re still capable slates. 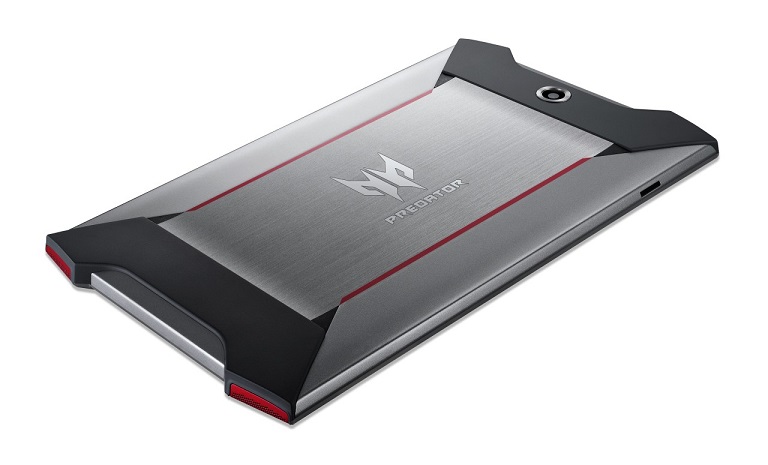 Acer has a gaming tablet in its arsenal called the Predator 8. It’s got the looks you’d expect from a dedicated gaming slate but it’s the not most powerful and updated tablet around. Still, it’s currently on sale for Php12,990 on PC Express (listing here). Huawei’s last year’s media tablet is still on sale at Huawei stores. The MediaPad M2 is a premium tablet with a design akin to the company’s Mate smartphone series. It’s got stereo speakers and 2015 flagship specifications for Php14,990. 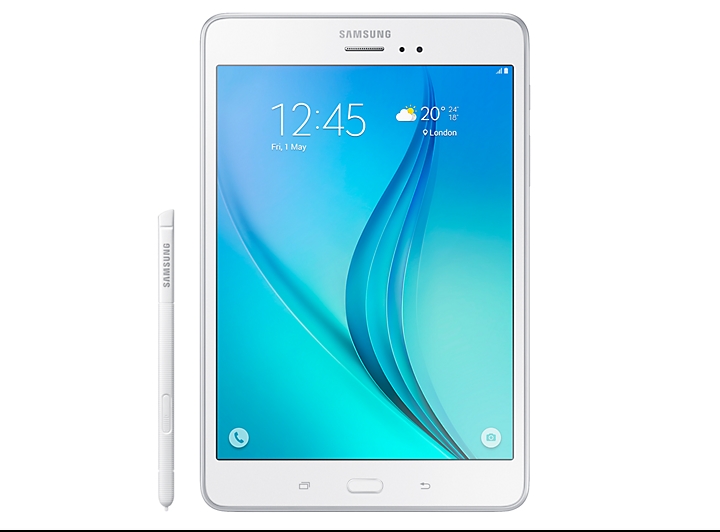 The Samsung Galaxy Tab A w/ S-Pen is a pretty good choice for an 8-inch tablet that you can jot down notes and scribble with. It even has a built-in LTE radio making it more ideal for field work and faster data connectivity. You can spot one at a Samsung retail store for Php14,990. 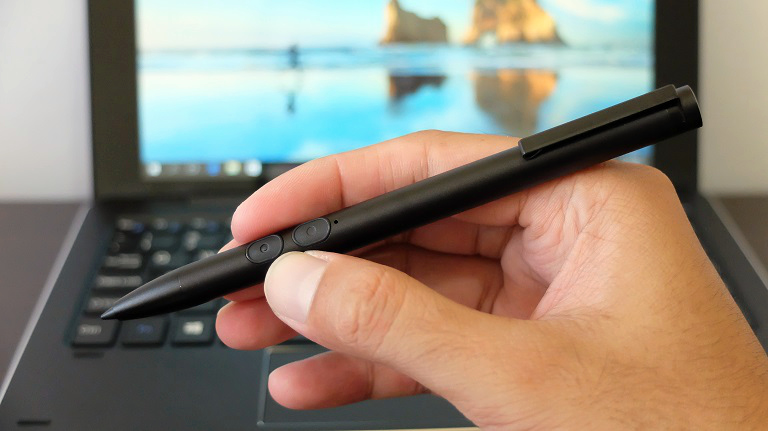 Yet another one with a pen, the O+ Notepad 4G 2.0 and IntelliPen is a Windows 10 convertible computer that doesn’t skimp on specs w/ 4GB RAM, 128GB of storage (up from 64GB during initial launch), 10.1″ WUXGA display, and Intel Z8300 processor. It’s basically an affordable notebook PC with included stylus. You may check out our review here. This one goes for Php17,200 (listing here)

Apple is yet to make a refresh of their non-pro iPad line. That said, we can settle with the iPad Mini 4 and iPad Air 2. The main difference between the two is their size. The iPad Mini 4 has a 7.9-inch Retina display while the Air 2 has a larger 9.7-inch Retina panel. Both start at Php21,490 (see listing here) for the 32GB Wi-Fi only variant. Both runs the latest iOS 10 update. 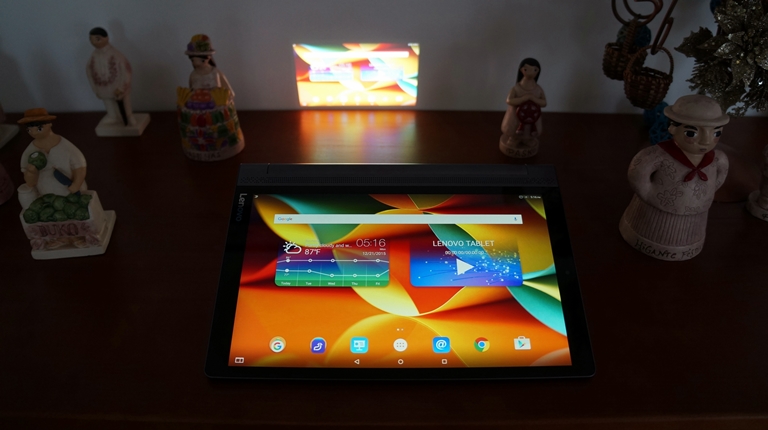 Lenovo offers a multimedia tablet with superb speakers and built-in pico projector. The Lenovo Yoga Tab 3 Pro is a dream tablet for people who needs a portable presenter. We reviewed the tablet late last year but it only made its way on the shelves locally around the second half of 2016. It’s priced at Php29,999.

If you want the latest iPad around, you could go for the iPad Pro 9.7. It looks the same as the Air 2 but with a more powerful processor, updated GPU, improved camera w/ 4K video recording, and a better tablet all around. It doesn’t come cheap though and the difference between the Air 2 is something to consider. It starts at Php32,990 for the 32GB Wi-Fi only variant and could go as high as Php49,990 with 256GB storage and LTE connectivity. 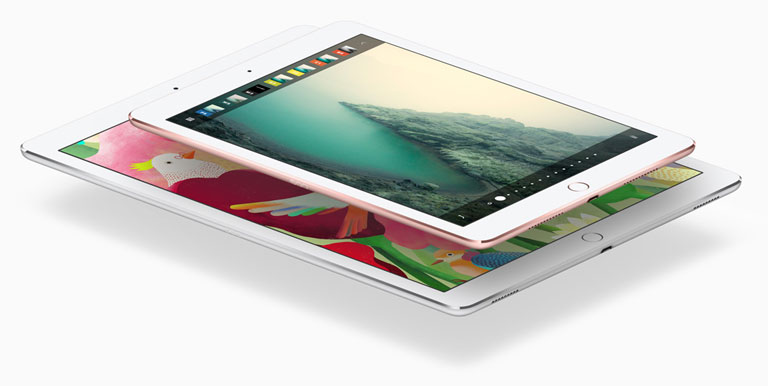 The first iPad Pro with its huge 12.9-inch Retina display at 264ppi and powerful A9X chipset is the largest iPad you can buy. You’d have to shell out Php42,990 for the base 32GB Wi-Fi only version. If you want more storage and LTE connectivity, they’ve got you covered. 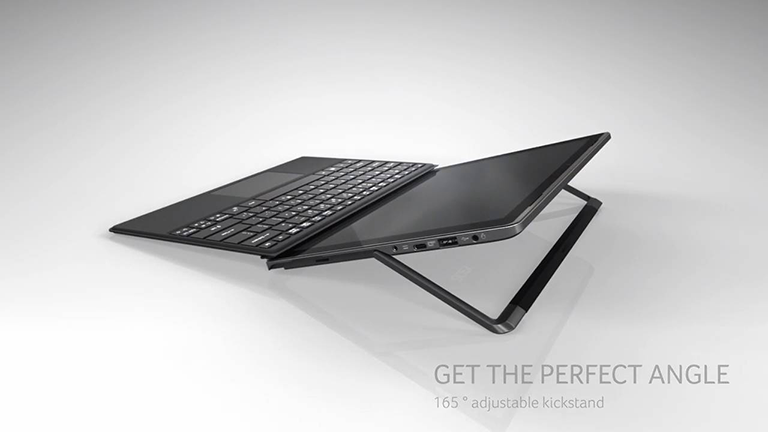 The Acer Switch Alpha 12 with its liquid-cooling system and portable yet sturdy body is a good tablet slash notebook thanks to its included keyboard cover. It’s mainly inspired by Microsoft’s Surface Pro but without the hefty price tag. The slate goes for Php35,998 for the Core i3 version (listing here) and Php45,996 for Core i5 (listing here). It runs Windows 10. Samsung’s very own Windows 10 tablet rocking an AMOLED display in a slim body is worth a look for the business oriented. The Galaxy Tab Pro S is an extremely light Windows machine with a beautiful display. Although, it’s a bit pricey at Php55,990 (listing here). 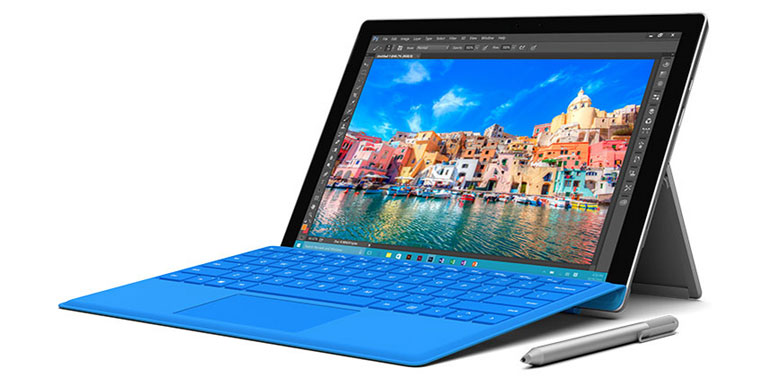 We’re closing this list with the Microsoft Surface Pro 4. It’s still the best Windows 10 convertible you can grab but it comes with a price. While this is not yet officially available in the country, Villman has some stocks for those who are interested. It comes in different variants starting at Core m3 processor at Php59,999 (listing here) or up to a Core i7 at Php119,999 (listing here)