In order to showcase the Lumia 1020’s imaging prowess, Nokia signed New York-based filmmaker Paul Trillo to do a 52-second timelapse using only the smartphone’s famed 41MP camera. The result was unbelievably simple yet breathtaking short tour of the Big Apple from dawn to sunrise. 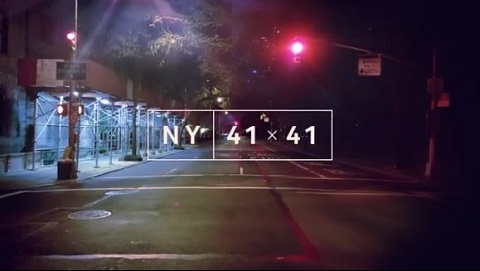 But instead of just showing the pictures, Paul has added a bit of twist to his project. He used the Lumia 1020’s high-resolution captures and zoomed in on each of the 41 shots, creating a feel of being sucked in to the lights and architectures of New York city.

If you want to go behind the scenes on how Paul made “41×41” and the creative process involved in making it, you can head over to the source link below.