For the past weeks, soft to heavy rains have been pouring, I had a lot of piled-up work that needed some video recording. Timing couldn’t have been better when this device arrived, and within those couple of weeks I had squeezed out the best and the worst of the Sony HDR-GP88V Handycam.

As we already mentioned in our first impressions, the device doesn’t feel light nor too heavy. The buttons are where they should be, especially the zoom and capturing controls; they’re always near your thumb.

The plastic construction may look a little cheap sometimes, but that’s okay. The device has already proven itself through the long period that it had with me — it’s lifeproof; waterproof, shockproof, dustproof & freezeproof. 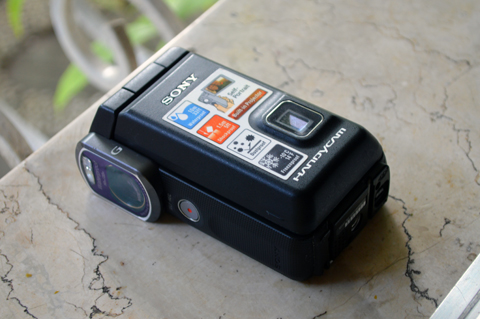 At the back, you’ll find a button for the projector, zoom controls, start/stop and a button for taking instant photos. Below that is a well sealed compartment where you’ll find the micro SD card slot, the micro USB port, the micro HDMI port and the battery. Up front, you’ll find the camera, the flash and a self-recording button. At the top and on the sides, you will find a load of labels and branding, while at the bottom you will see the stand, a lock for the battery door and the speakers. 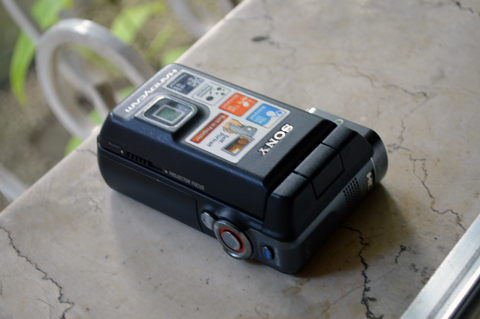 While the zoom controls and the record button are conveniently located, the photo-capture button isn’t. It’s always accidentally pressed, and sadly, on times that you do want to press it, it’s hard to press (it’s uses a two-stage mechanism). The same can be said about the self-record button; selfies will be hard to pull-off because of its hard-to-press construction.

Dirt won’t stick too long on the Handycam, as we already exposed it to muddy/dirty places with no problem. Anyway, don’t worry; if dirt and debris gets stuck, you can always wash it with running water and soap.

The Handycam has a 3-inch touch-enabled display for all of the operations to be done. It’s responsive whether it’s dry or wet and, while not everyone will enjoy the small size, it’s enough for most people’s needs. There’s a projector at the back. 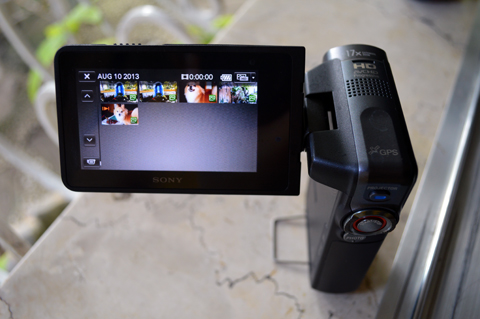 Ah, the projector; just make a long press on the projector button and you’re good to go showing off your content to anyone (provided there’s a white, flat surface and a dark lighting; any other conditions will produce sub-par results). With that mode on, you can only control the UI through the zoom and the record button, which works as navigation and enter controls.

As mentioned earlier, the touchscreen is responsive and the UI is intuitive. Sometimes, navigation and controls tend to lag a bit, mostly due to the animations and the file sizes of your video.

Basic settings and options can be found easily and is a breeze to learn. The bad news is getting there is slow like we’ve said, as it is quite laggy and you will need to be very patient at it.

Being a Handycam, of course the highlight here is the camera and its shooting capabilities. We took 1080p video in rainy conditions, in low-light and in slow motion. You can check them out below:

Judging from its performance, we can say that the Sony HDR-GWP88V does have more than enough to be a great video recorder. Optical Image Stabilization didn’t fail in any case, the zoom works amazingly well and captures good details and audio is clear and accurate. The only thing that we didn’t like so well is the color reproduction in daylight. Objects look washed out and undersaturated even for a Handycam of this price, and we can’t help but feel gray when watching some of the sample videos.

On slowmos, it does great. The sensor takes lesser light however, but that’s an okay compromise considering how smooth it works. Other than that, we can’t say anymore as we are able to bring the Handycam to any type of battle that we wished. 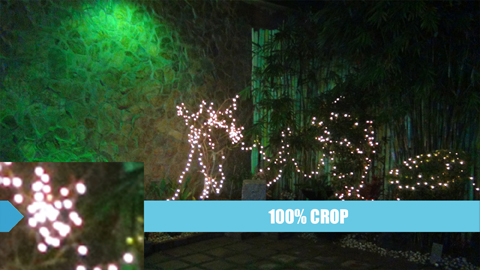 “Indoors? Storms? Rainy nights? Hiking trips? A visit to the North Pole? This one has you covered.” 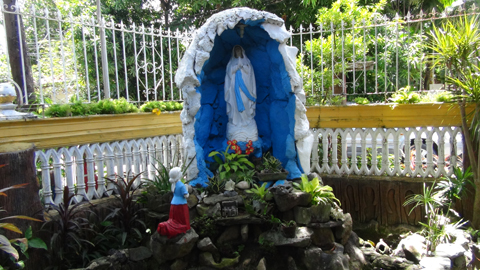 If you have plans on taking photos with a dedicated video recorder, no need to worry. It does the job just as well. It will be great for the most part, and fortunately, also in daylight.

Shooting continuous video on a full charge brought us a good 1 hour and 40 minutes before finally draining the battery. That’s good enough for most users, and if it’s not, the battery is user replaceable anyway. Aside from taking videos, using the projector will also drain the battery faster.

The Sony HDR-GWP88V Handycam is great to have with you, as we’re pretty sure it can get the job done in most conditions. It has a great feature set, and it does very well in taking videos and photos. On top of that, you also have a very capable projector. The only complaints that we have are the slightly washed out colors in video, and the inconsistent responsiveness of a few physical buttons on the device and of the the UI. Other than that, we’re glad to say this cam will definitely come in handy even for a price of Php34,999.