Google Chrome is getting a new logo for the first time since 2014. 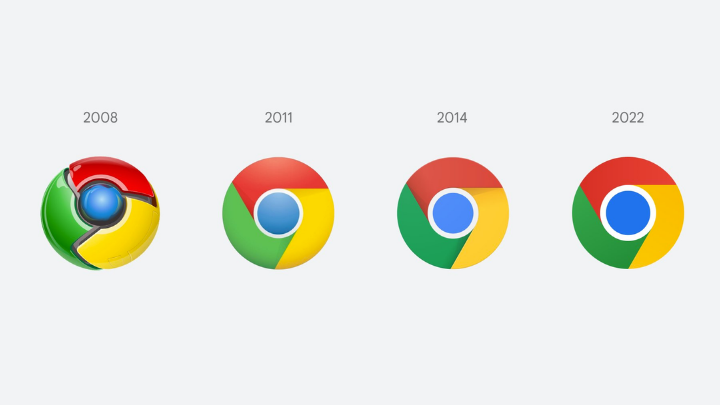 Elvin Hu, a designer for Chrome, provides a first look at the logo’s redesign in a thread on Twitter. According to Elvin (@elvin_not_11), the new icons will start to appear across devices soon.

Some of you might have noticed a new icon in Chrome’s Canary update today. Yes! we’re refreshing Chrome’s brand icons for the first time in 8 years. The new icons will start to appear across your devices soon. pic.twitter.com/aaaRRzFLI1

“We simplified the main brand icon by removing the shadows, refining the proportions and brightening the colors, to align with Google’s more modern brand expression,” said Elvin in a tweet.

Fun fact: we also found that placing certain shades of green and red next to each other created an unpleasant color vibration, so we introduced a very subtle gradient to the main icon to mitigate that, making the icon more accessible. pic.twitter.com/H26wQKRhp9

In addition, they also created OS-specific customizations for iOS, Mac, and Windows. This means the new browser logo comes in variations for iPhones, Macs, Windows, and Chromebooks.

“We want the icons to feel recognizably Chrome, but also well crafted for each OS,” Hu said.