Mighty No. 9 hits $3.8 million on Kickstarter

Mighty No. 9 hits $3.8 million on Kickstarter

Remember that spiritual successor to Mega Man that Keiji Inafune is working on and has brought to Kickstarter? It’s called Mighty No. 9 and it has secured a whopping $3.8 million in the span of 31 days. 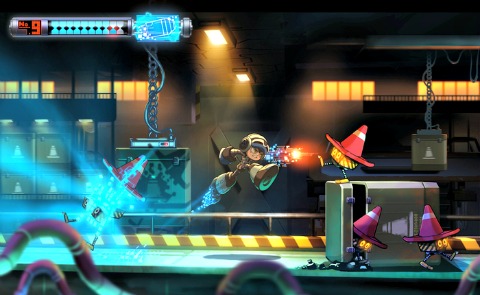 So what does it mean for Mighty No. 9? With huge funds, Mighty No. 9 will now have extra stages, additional modes, expanded soundtrack, and, in addition to the PC, it will now be available for other platforms like the PS4, Xbox One, PS3, Xbox 360, WII U, PS Vita, and 3DS. Watch a short video of the Unreal Engine Initial Evaluation Test of Mighty No. 9 below:

Mighty No. 9 is designed by Comcept – an independent Japanese game design and development studio formed in 2010 by industry veteran Keiji Inafune. The game is expected to be released in April 2015.