Fans who are waiting for the arrival of NBA 2K14 for the PS3, Xbox 360 and PC, won’t have to wait any longer as the game has already arrived in the country and is available for purchase.

NBA 2K14 is being exclusively marketed by X-Play Online Games Inc., one of the country’s leading video game distributors, together with game publishing frontrunner 2K Sports and developed by Visual Concepts. 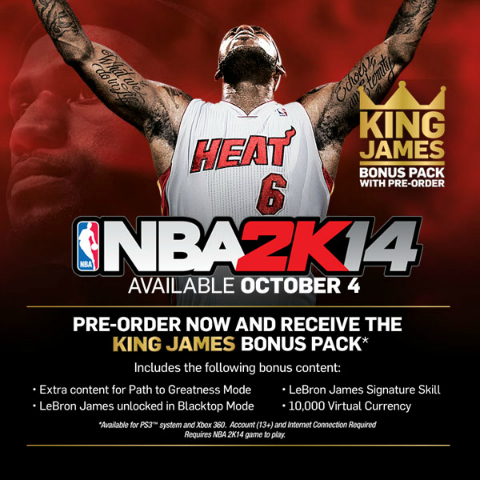 X-Play is also holding a pre-order promo wherein you’ll get a chance to win tickets to see the Houston Rockets go up against the Indiana Pacers on October 10, 2013 at the Mall of Asia Arena in Pasay City by buying NBA 2K14 in the following participating stores:

For details of the promo please visit X-Play’s website here.