Swing Copters is the new Flappy Bird, but harder!

Swing Copters is the new Flappy Bird, but harder!

Swing Copters is a new game from Dong Nguyen, creator of the fun/annoying game Flappy Bird that got thousands of people hooked. If you’ve been out looking for a new challenging game to pass the time, you might want to check this out. 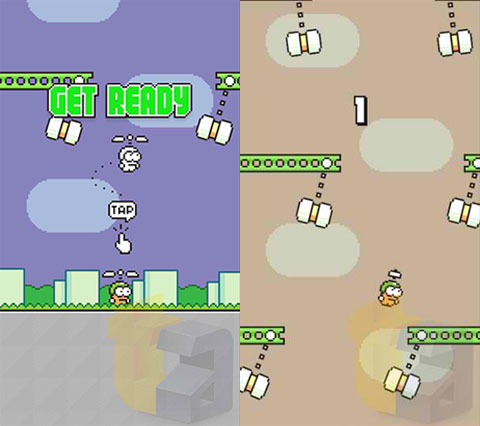 In Swing Copters you play as a guy with a propeller on his head, and instead of Flappy Bird’s side-scrolling gameplay you fly vertically while needing to dodge certain obstacles. Just like before, all you need to do is to tap. But the creator added a bit of a twist to make things harder – every time you tap, your character changes direction (left and right) and it’s up to you to guide him safely and make him fly as high as you can to set the highest scores.

The game is rolling out on August 21 and will be free to download. Miss all the frustration that Flappy Bird gave you? Swing Copters is coming in two days.