Just when we thought that Nokia has totally forgotten about their Symbian handsets, the Finnish company together with Microsoft gives the dying OS a much needed jolt; and turned productive in the process.

As a follow through on their recent launch of OneNote, Lync 2010, Document Connection and PowerPoint Broadcast last February, the partnership made Word, PowerPoint and Excel available for Symbian Belle handsets via Nokia Software Update or Nokia Suite. Belle users can now view, edit, create and send Office documents straight from their phones. This app promises a near replica of the MS Office functionalities installed on your PCs, so there wonâ€™t be any confusion when switching from your PC to your phone. Note: Phones (N8 for example) that came with previous versions of Symbian (i.e., Symbian Anna) that was recently upgraded to Belle will have to wait a bit longer to take advantage of this feature as Nokia plans to have a separate update to those handsets.

You may have already been using third-party productivity app in the past that offers the same, if not better, functionalities than the Microsoft Mobile App. Here’s what Nokia has to say about that: â€œThird party apps can be good, but they often donâ€™t feel quite like the real thing.â€ In addition to it being a mobile version of the real thing, what’s better about this app compared to other third-party app is that it’s totally free and ad-free at that. 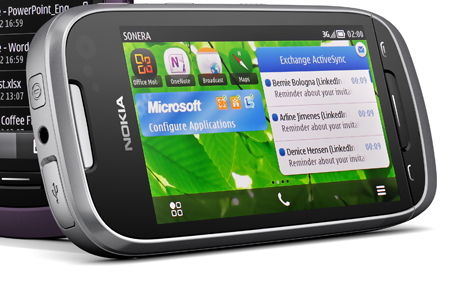 With the absence of ads, Belle users can now fully maximize every precious inch of their (not so big) screen to work on their documents. Big thumbs up to that!

It’s good to know that Nokia, even after partnering with Microsoft, is still developing new things for their Symbian users. It may not be as ground-breaking as other updates, but it’s definitely better than nothing.