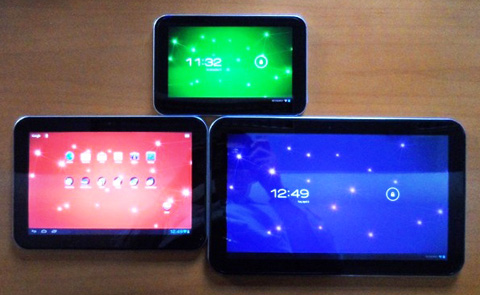 Next is the Excite 10. A 10-inch high definition tablet topped with Gorilla Glass. It has a LED Backlit display at 1280×800 resolution with support for 10-finger multi-touch. It includes a MicroUSB port, Micro HDMI and full-sized SD card slot. The tablet weighs 1.32 pounds at 0.35 inches and boasts 10 hours of battery life and seven days of standby. 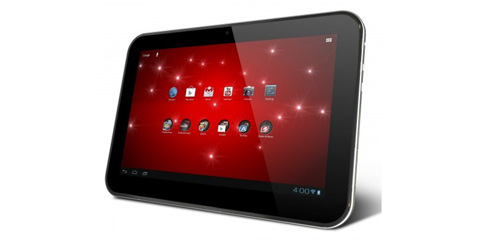 Last, but certainly not the tiniest, is the huge-screened Excite 13 (the world’s largest tablet so far) which carries a LED Backlit 13.3 inch display with 16:9 aspect ratio and 1600×900 resolution. Obviously designed for watching HD movies and videos, the tablet also features a four-speaker sound system with enhancements from Toshiba and SRS Labs. Like the Excite 10, it also includes a MicroUSB port, Micro HDMI and full-sized SD card slot. Its battery life is expected to last 13 hours and seven days of standby. This massive tablet weighs 2.2 pounds at 0.4 inches. 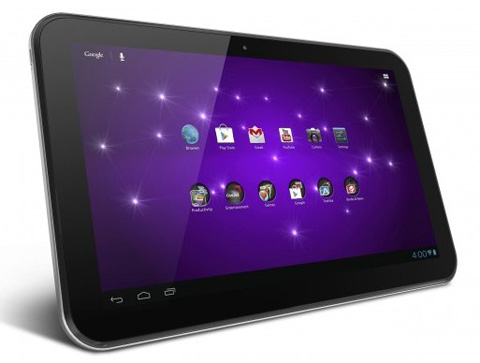 Go ahead guys, pick your poison.