Apple’s iOS 7 is indeed a major design overhaul from its six previous versions. It became flat and neon-like. How were they able to design such UI? Through Photoshop perhaps or any proprietary software? But a YouTube user named Vaclav Krejci was able to replicate iOS 7 with nothing but a word processing software. 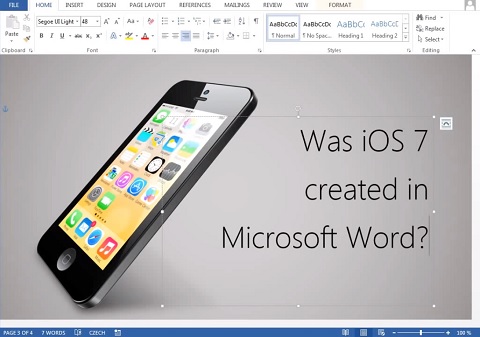 Check the video to see it for yourself.

The video clearly shows that only Microsoft Office Word 2013 was used during the process — from symbols to gradients. Of course not everything was exactly replicated but it is amazing how an everyday software like Word can be used as a tool for this. Well, some people use Photoshop like Word so probably things can happen vice versa.