Since Microsoft introduced Windows 8, there have been blown up desktop and tablet apps for Facebook. Then Windows 10 came but there was no update to it until now. A “Built for Windows 10” app arrived today on Windows Store for Facebook and it’s messaging platform called Messenger. Both are dedicated apps, which means you have to open Messenger in order to chat with the Facebook app. 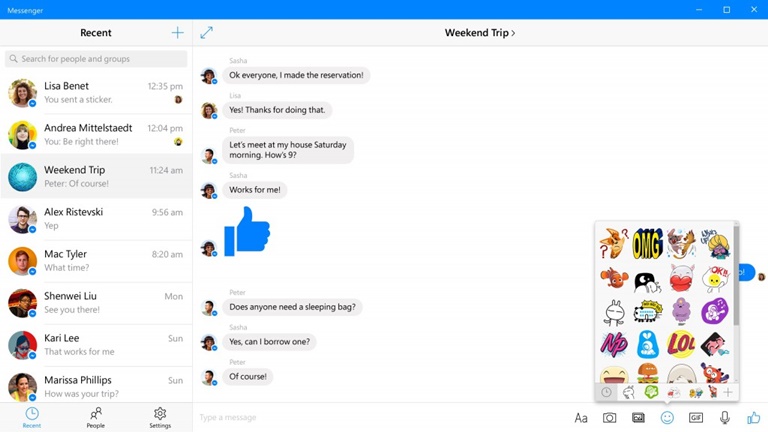 Taking advantage of the Live Tile feature of the latest Windows version, Facebook can show some highlights and notifications without opening the app. The app’s interface is somewhat similar to the web version complete with reactions, stickers, and theater photo viewing. The Messenger app is also packed with all its features from other platforms like group chats, GIFs, photo sharing, and a wide selection of stickers. If you wish, you can pin a conversation and get updates with its own Live Tiles.