Windows has developed a new algorithm that can smoothen up your shaky GoPro videos and make it look like you’re hovering over places while wearing a steady cam. 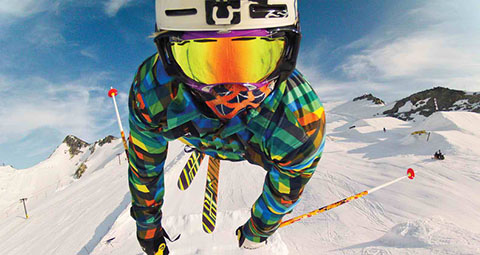 The technique used is similar to the Photosynth app where it stitches the images you take to form one grand image. In this case it speeds up the video and in the process, breaks each frame down into still images and matches certain parts of the said images needed to produce one smooth clip. It’s basically a fast-forwarded clip of photos that originated from a video.

Below is Windows’ sample between a raw sped up footage and the one applied with the algorithm.

The video still isn’t 100% flawless since traces of the stitching can still be seen (especially on the latter part of the footage), but the result is still very impressive considering it’s still in beta. With the rise of action cameras and even Google Glass, the numbers of first-person videos have been rising. Seeing videos with this hyperlapse technique just makes it more fun and enjoyable to watch. We’re even more excited to see what the final product will be like when it becomes official.

People interested in this technology could look forward to seeing it as a Windows app in the near future, as mentioned by the company.