Over 50,000 Spam Text goes thru Globe every day

Over 50,000 Spam Text goes thru Globe every day

A recent press release posted on Globe’s website indicated that over 2 million spam messages were blocked/filtered by the telco after they’ve implemented an automated filtering system in their network.

The report mentioned an average of 50,000 SMS scam and spam messages were being filtered by the system with a high of 117,000 in one day. 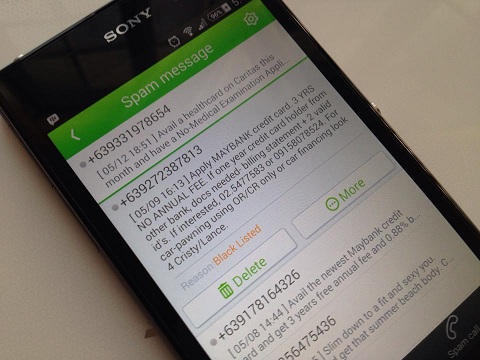 Globe has about 2.1 million postpaid subscribers and the filter has covered about 70% of the number. The new filtering system was implemented only in August of this year.

Spammers and scammer mostly target Globe postpaid subscribers as they mostly belong to the A, B and upper C class and more prone to bite offers of real estate, insurance, car loans, and health benefits sent out by spammers.

Globe has been aggressively running after big-time spammers like Caritas Health and have asked the help of NTC for legal actions against them.

Both Globe and Smart are also actively promoting ways and asking subscribers to report on spammers and scammers {see here}.