The Irony of LTE Advanced

Smart is rolling out their LTE Advanced network already in the Philippines to deliver faster mobilke data to its users. This is done through “carrier aggregation”, which allows specific phones to use its multiple radio frequency bands to achieve increased bandwidth and bitrate.

In a recent OpenSignal survey, Smart got better LTE average speeds compared to Globe. Yet, the 7Mbps for Smart and 4Mbps average LTE speeds of the two are both at the bottom of the charts.

LTE-A promises mobile speeds of up to 260Mbps. That’s the good news, right? Faster data speeds. The bad news? Well… theoretically, more for us to pay for. 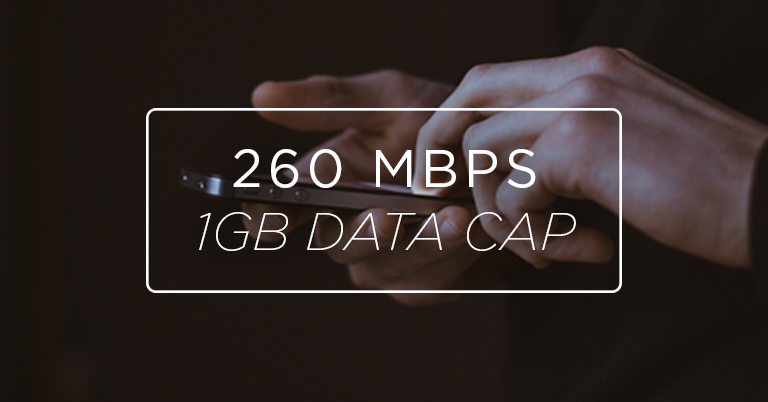 First of all, not all phones are capable of connecting to LTE Advanced. You should first check if your device features LTE Cat. 6 or higher, and that’s only most of the flagship phones released by well-known smartphone companies today. To put things into perspective, only the iPhone 6S line and iPad Pro is LTE-A ready in Apple’s portfolio. You want to use LTE-A? Get a flagship phone more or less.

Second, it’s no secret that mobile data caps has become the standard usage model here in the Philippines. We have only hundreds of MB of data for use in promos, and “unlimited” surfing caps us for as low as 1GB in some cases. If you get 260 mbps through LTE-A, technically, you can reach your 1GB cap in under 31 seconds (1,000 MB = 8,000 megabits, 8,000 megabits / 260 megabits per second = 30.77 seconds).

This is like driving a Ferrari along the entire stretch of Roxas Boulevard at 4am on a Sunday morning — all 7.6km of it.

Faster speeds at this point is not really needed, and in my opinion, the funding of expanding into LTE-A should have just been allocated into better networks that won’t congest – if this is truly the purpose of data capping. One benefit of carrier aggregation is that single cell tower now supports up to 260Mbps to allow more people to connect without suffering from the usual congestion the old 42Mbps LTE network was restrcited to.

Our advancement in mobile internet should not be defined by the maximum theoretical speed of the connection but by how much we can actually consume at an affordable cost.

It might be a different case here in the Philippines, but an analysis done by Arstechnica in 2014 tells us that data capping is more about profits than it is about network congestion. They’re not the only source who tell us this, but giving our carriers the benefit of the doubt, it still tells us that to some extent, the data capping in the country could be improved – and yet, here we are advancing technologies that aren’t as needed yet without solving the existing problems that we face today.

I’ve been saying it since 2013,  and we’ve even followed up on more ideas in 2014 — there just isn’t enough pressure on the telcos to give us more of what we need – because really, we just need decent to good connections, more than sufficient data to use, and lower prices. LTE Advanced only addresses the former.