Facebook now has 1.55B people, more than 1B are active every day

Facebook now has 1.55B people, more than 1B are active every day

Since Facebook was founded 11 years ago, it continues to attract users and businesses from all around the globe. Founder, Chairman and CEO, Mark Zuckerberg, posted on his page a “community update” about the social networking site and its sister companies. 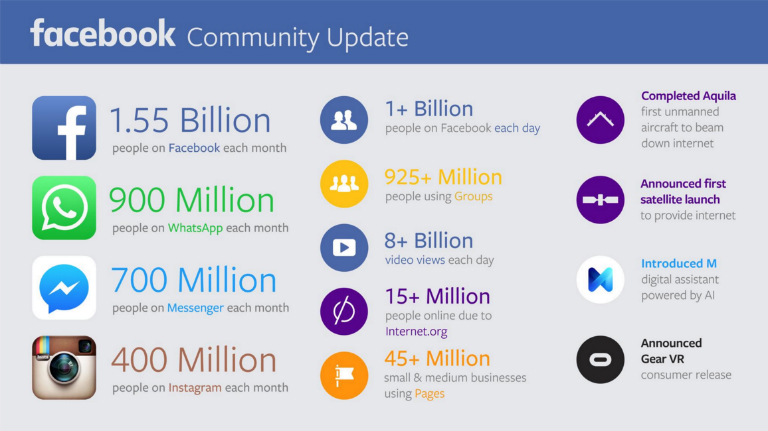 Facebook now has 1.55 Billion members each month which is more than 20% of the world’s population. More than 1 Billion of them are online every day. Thanks to their effort to connect more people through Internet.org, an additional 15 million people now have access to the Internet.

Within the Facebook community, WhatsApp has the next big number of members with 900 Million while Facebook’s own messaging app, Messenger, is enjoyed by 700 Million. Instagram, on the other hand, has 400 Million people who are sharing photos each month.

Among the achievements of Facebook is Aquila, an unmanned aircraft that brings internet access to remote areas, their own internet satellite, an AI-powered digital assistant, and the first Oculus VR for consumers.