Netflix officially lands in the PH for Php370 a month

Netflix has officially arrived in the Philippines, allowing users in the country stream the service’s licensed TV shows and movies.

During a keynote at CES 2016, Netflix Co-founder and Chief Executive Reed Hastings has announced that the Internet TV network has rolled out to more than 130 new countries, including the Philippines.

“Today you are witnessing the birth of a new global Internet TV network,” said Hastings. “With this launch, consumers around the world — from Singapore to St. Petersburg, from San Francisco to Sao Paulo — will be able to enjoy TV shows and movies simultaneously — no more waiting. With the help of the Internet, we are putting power in consumers’ hands to watch whenever, wherever and on whatever device.” 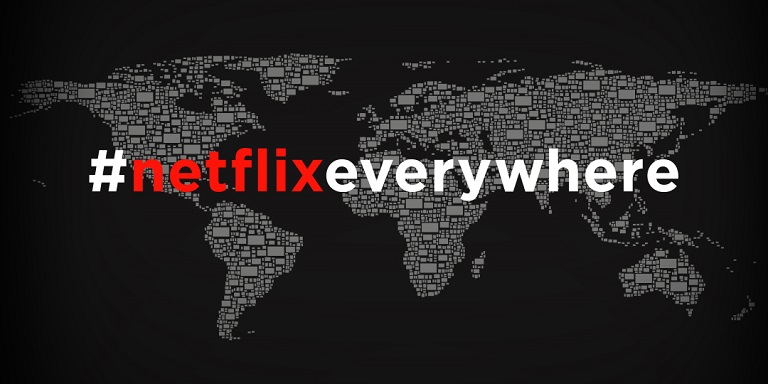 Starting at the Basic plan of Php370 a month, PH subscribers can now watch Netflix original series including Marvel’s Daredevil and Marvel’s Jessica Jones, Narcos, Sense8, Grace and Frankie, and Marco Polo, and other TV shows and movies in their catalog. There’s also a Standard plan priced at Php460 allowing you to watch at 2 screens at the same time in HD quality, and a Premium plan at Php550 for up to 4 screens in HD and UHD quality.

If you want to give Netflix a try, just register at their PH website here.

See also  The real deal behind Multiply and ABS-CBN

why does it lead me to other countries? hongkong, singapore, romania…not phils
been searching for the ph site but it always redirect me elsewhere

I wonder if Netflix did any research on our internet infrastructure before deciding to launch here. Only those with no data cap will be able to utilize the service well.

Or are they banking on getting a lot of subscriptions from hapless pinoys who don’t realize they won’t be able to maximize their Netflix usage once they hit their monthly/daily data caps?

I fear that for most pinoys, this is like a physically handicapped person getting a full Fitness First membership.

Your VPN will allow you access to Netflix in other countries such as the US, which has the best selection of movies and TV shows.

FINALLY! BEEN WAITING FOR YEARSSSSSS

Has anyone been able to get a HD stream going? I even tried it on an ipad3 and didn’t get a little lit up “HD” icon going. (And yes I signed up for a HD plan.)

Just set your play settings to hd and not auto in the account page using your browser.

Is why I wanted to know if anyone else had success getting HD streams.

On the PLDT DSL 1995 plan (8mbps) I’m able to stream the local Philippines version of Netflix in full HD (1920×1080) at max bitrate. The stream was coming from France. Shift-Ctrl-Alt-D to show diagnostics. Tested with “Better Call Saul.”

RIP iFlix and Hooq. You won’t be missed.

I hope Globe or even Smart partner with Netflix here in PH. I do want to watch some shows but I’m being limit by the 800mb/day.

Anyway I though the first month is free before getting billed but when I registered my Mastercard it billed me for 370 php. I guess if I unsubscribe it will give back my money? Not that it’s bad for me. i

I haven’t been able to view anything in HD via google chrome on windows (on 10Mbps fiber). Signed up for trial with HD havent’ seen the little “HD icon” in any shows or movies. The selection is quite limited. Is this all that is licensed for the Philippines or they only launched with a light selection of shows?