Should the Philippines build a Cyber Army?

Should the Philippines build a Cyber Army?

Cyber threats are real. Countries like the U.S., Iran, North Korea and China have been subjects numerous times when it comes to cyber security, warfare and espionage. While we’re not as big and as powerful as those countries, do you think we should also develop a way to defend our country from cyber attacks? 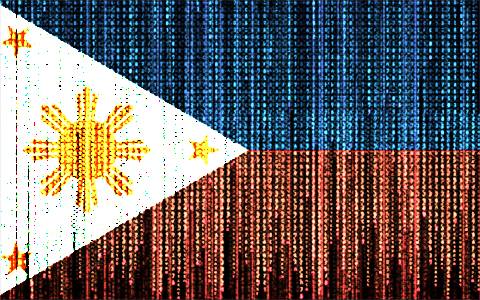 Let me paint you a picture. What if the Philippines gets attacked. Government and private websites are hacked, defaced, or shut down. Computer systems get compromised, information leak, especially those in the financial sector, rendering ATMs and bank computers useless as a result. Logistics, remittance systems and air transportation gets hammered as well due to disabled networks.

Suddenly, the whole power grid shuts down and backup power systems fail. Major establishments, institutions and hospitals can’t function properly for without power. News outlets fail to broadcast except on social media and some few AM radio stations. Then telecommunications go down. No signal means no calls or text and no mobile data. So here you are with no electricity, no way to withdraw cash, with limited means of communication and little information on what’s happening. To top it all off a strong typhoon is about to hit the Metro. Just imagine what will happen next.

Sounds like a plot for a movie? Yes. But far-fetched? I don’t think so. While these scanarios are often times linked to countries with highly-developed (yet vulnerable) IT infrastructures, it’s not impossible that the Philippines will have to deal with the same issue in the future. What if this happens in the near future and in a global scale? What can we do?

The first thing that came to mind when thinking of a possible solution to defend the Philippines against a cyber attack is to have our own cyber army. If we have our conventional military, no matter how meager, to defend us in times of war, why not have a cyber army to defend country from foreign or domestic cyber attacks? This question, however, raised more questions than answers. 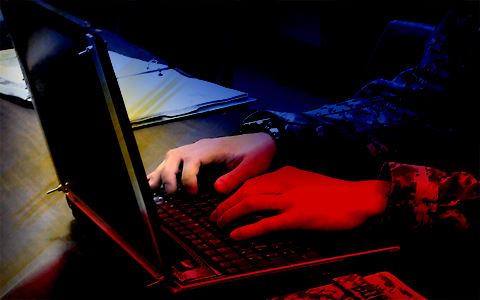 What is cyber warfare?

According to Wikipedia, cyberwarfare refers to politically motivated hacking to conduct sabotage and espionage. It is a form of information warfare sometimes seen as analogous to conventional warfare and in 2013 was, for the first time, considered a larger threat than Al Qaeda or terrorism, by many U.S. intelligence officials.

Or, according to U.S. government security expert Richard A. Clarke, “actions by a nation-state to penetrate another nation’s computers or networks for the purposes of causing damage or disruption.” Compared to conventional warfare, cyber warfare is faster and cheaper.

Who will make up the Cyber Army?

The Philippine government’s cyber army can be a mix of civilian contractors, government agents and uniformed soldiers who have undergone years of training in cyber warfare. And since there’s no doubt that the Philippines have plenty of citizens with really brilliant computer skills, it’s no longer a question of “who has the skills?” but rather a question of “who can be trusted?”

Our nation’s infrastructure should be protected by a cyber force that is strictly bound by laws and ethics. Not by those who wear a white hat from 9 to 5 and a black hat for the rest of the day. Integrity is still an important factor.

What will they do?

A cyber army’s primary objective is the secure the country’s networks from cyber attacks. It can also involve finding and identifying cyber threats, cyber criminals and terrorists and rogue hackers. The concept could be similar to a military unit guarding a structure with the ability to operate outside the gates (firewalls) if necessary.

Who will govern them?

It’s similar to asking the question “Who will guard the guardians?” which is a concern of trust rather than question of authority. The government might assign the cyber army to an existing branch or agency like the Department of National Defense or create a new one specific for the task. In addition to this, a citizen-approved cyber law should be a top prerequisite. And of course, a less corrupt administration and better legislators.

Should we have a cyber army?

To answer the question at the beginning of this article, yes we should. And eventually we will find no reason why we shouldn’t. Just last year, YugaTech.com was attacked which caused quite an inconvenience on our end. While I won’t go to the specifics of the attack it is obvious that it cost the site precious time and a lot of money. Now try to multiply that attack on a scale proportionate to our country’s IT infrastructure. Imagine how much will that hurt and how many people will suffer the inconveniences.

Cyber attacks have been a looming problem for a quite some time now and a cyber army is another way of trying to solve (or manage) that problem. China has been very open about their cyber warfare unit called the “cyber blue team”. Iran boasts of having the world’s second-largest cyber army. Pakistan and India already have their own. Indonesia has announced a couple of months ago that it will create its own cyber army. Why not the Philippines?

Seems like it still falls down on the head of the largest proverbial elephant that just won’t leave the room – the budget. This year’s National Budget only has 4.5% allocated on Defense which amounts to Php89.7 Billion. On the other hand the Department of Science and Technology (DoST), the organization that supports projects in life sciences and technological advances, only has Php10 Billion to work with.

Although it’s relatively cheaper to enter the cyberspace (or engage in cyber warfare), where will the Philippines get resources required to fund an effective cyber army? Where will this fall in the government’s list of priorities? To put it bluntly, how can we build a cyber army when our government cannot even equip every single policeman with a standard issue firearm.

Maybe we can start by accepting that the world is rapidly changing and expanding towards cyberspace where everything is less secure. I believe we have the right to protect that space as well. The next question to ask now is, “Is a cyber army even feasible to begin with?” If so, “How are we going to build it?”

Although I don’t see it being prioritized anytime soon due to more pressing matters, I’m still optimistic that our country will be able to reach such advancement. As to when it will happen, we can only guess. I only hope that when that time comes, it’s not too late.