Audio Technica has been around for quite some time and is well-known for manufacturing a wide range of high-quality audio devices. They try to cater to audiophiles and average Joes by making headphones that doesnâ€™t only sound good but also look good. A testament to that is the ATH-BB500. 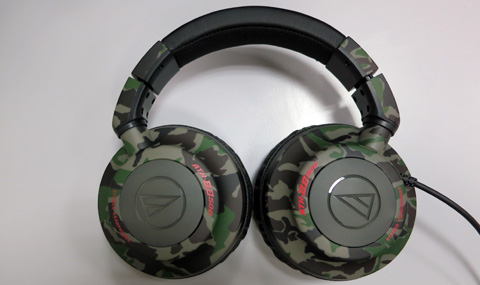 Here’s a quick run-down of its specs:

The box is actually quite bulky. Inside is the headphone housed in a molded plastic along with a black carrying pouch and the user manual. That’s pretty much it. I just wished that Audio-Technica have thrown in an extra 6.35mm jack or something, but that’s just me. . This cool looking headphones comes in two colors: Black and Camouflage.
Check out the unboxing here. 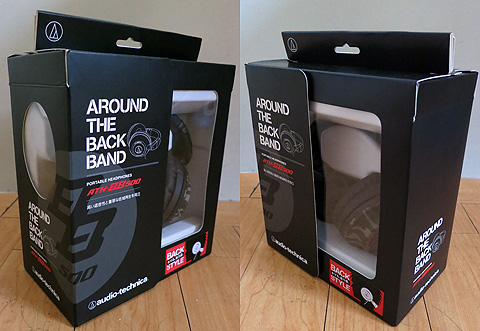 The closed-back, circumaural ATH-BB500 is not your typical headphones, in terms of how it’s worn. It’s not an over-the-head cans that we are so used to seeing. It’s designed to be worn around the back of the neck which, according to Audio-Technica, is hairstyle friendly as it wonâ€™t ruin your hair unlike traditional cans. The headphone is almost entirely made of plastic which gives it a light profile. This plays a big role in the coziness of the headphones while being worn. The can’s cups can be adjusted up to 180Â° for monitoring and portability purposes. Unfortunately, the ear pads are made of synthetic rubber instead of leather. The elastomer-sheathed cable looks and feels durable with an L-Shaped 3.5mm audio jack at the tip.

See also  Battle of the Beats: Headphones vs Earphones

The overall design of the ATH-BB500cm is a real eye candy and even if the build is too plastic for my liking, it doesnâ€™t look cheap compared with other headphones in the market. The thick reinforced cable is also an asset for this headphone. Although the idea of wearing a full-sized headphone on the back of your head is quite unusual and cool at the same time, it may present some issues in the long run. One of those issues is they canâ€™t comfortably hang the headphones on their neck when not in use unlike traditional over-the-head cans. This part is a bit subjective because what I find comfortable may not be the same for everyone. I must admit that it took some getting used to (around 4 hours to be precise) before I became comfortable with these pair of cans. After that I find it really comfortable to wear even in long durations because of its lightweight body. The headphone’s band is flexible enough to adjust to the user’s head but sturdy enough to clamp itself around the area of the ear. The synthetic rubber ear pads helps to cushion the clamping cups and lessen the stress on the area around the ears. The oval shape opening of the ear pads ensures that the whole ear is enclosed to achieve optimal sound quality. But as mentioned earlier, the only problem I had with the ATH-BB500 is that I canâ€™t put it around my neck when Iâ€™m not using it.

Disclaimer: For high-impedance headphones, it is always better to use an amplifier along with your audio source to drive your device more adequately to produce better sound quality. You may still use your headphones without any amplifiers, but the sound quality will dramatically be less as compared to it being attached to an amp.
The ATH-BB500 is not only about the looks but also about the sounds.

Its firm clamp along with the over-all design of the cups blocks majority of ambient noises and tolerable amount of sound leak. Listeners will certainly enjoy the strong and deep bass of this headphone. What I like about the sound of this can is that even though there was a significant accentuation on the bass, the quality of the treble was not totally sacrificed. Thus resulting into a well-balanced sound output and gives it the versatility to suit almost any genre of music. 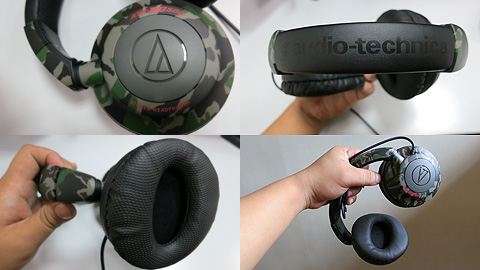 The mids and highs were clear and spot on for the most part but a little bit sibilant^, especially when it is not connected to an amp. The highs (especially the cymbals and chimes) lacked a bit of detail, but not too much, as it tends to sound dry^. Although there’s really nothing spectacular, the headphone produces a pretty decent sound quality that you can expect from cans with the same price range.

^Sibilant â€“ Hissing or buzzing sound whenever the letter S is sang or when the cymbal was hit.

Note: The devices used in this test were iPod Classic with Video 5th Generation (EQ set to off) and Fiio e11 amplifier (with the Gain set to Low and EQ set to 1).

Although not yet officially distributed by Audio-Technica in the country, this unit is available in loal stores with a suggested retail price of Php4,999. It is a bit pricey considering that 90% of the headphone is made of plastic. Though it may feel cheap, the construction is actually kinda sturdy and in normal operating conditions, it should last for years. Aesthetic wise, I must admit that the ATH-BB500cm is by far the most appealing headphones from Audio-Technica. And finally, the sound output of this headphone will give more than enough to satisfy your aural cravings. It should give a thumping bass but not to an extent of overpowering the treble. A good all-rounder, these set of cans should deliver good performance in almost any type of music.

As mentioned in the disclaimer, this headphone will deliver better when connected to a portable amp. The headphone still has good sound quality output even without an amp, but youâ€™re not maximizing every penny that youâ€™ve spent for this by driving it with an inadequate portable device. As sound perception differs from person to person, it is always a must to try it as extensively as you like, before you buy.

Last October, Victoria was pictured by the paparazzi with an incredibly spotty forehead.
You can combat your acne by increasing your consumption
of fish such as salmon, sardines, tuna and halibut which contain the vital Omega 3 oils that are guaranteed to make a difference.
What some people find hard to do is knowing what scar
cream to choose.

Sorry for the typo.

Both sounds better than this. :D

Cool review!
Thanks for the info