Cherry Mobile hit a first by launching the world’s first smart action camera — the Explorer 2. What makes it smart is that in addition to its wide angle camera and compact body, it is now equipped with a processor, RAM, and other functions commonly found on a smartphone.

Like the previous Cherry Action Explorer action camera, the second iteration comes in a tall package with a suite of accessories to get your started including a waterproof case, dashboard mount, bicycle mount, and a frame cover. 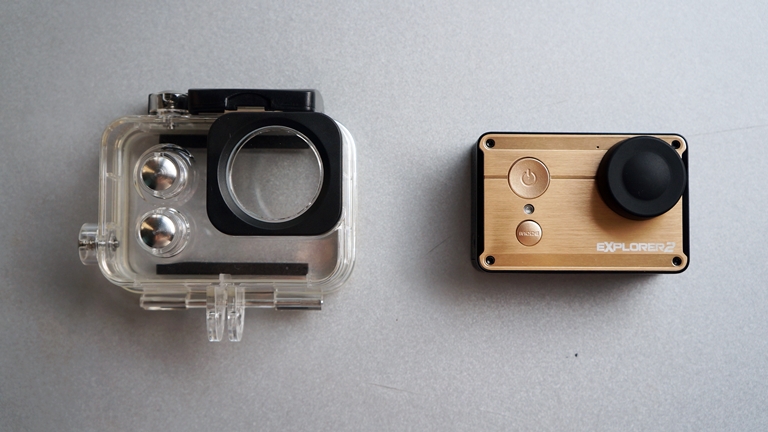 Seen below are additional accessories including a charging head and cable, mounting frame, bar mount, and dashboard mount. 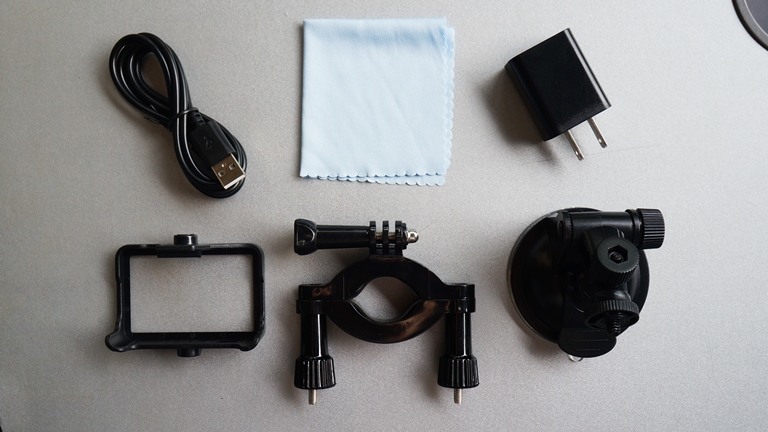 Meanwhile, there are also tools for mounting the Explorer 2 with longer arms, replacement cover, and adaptors. 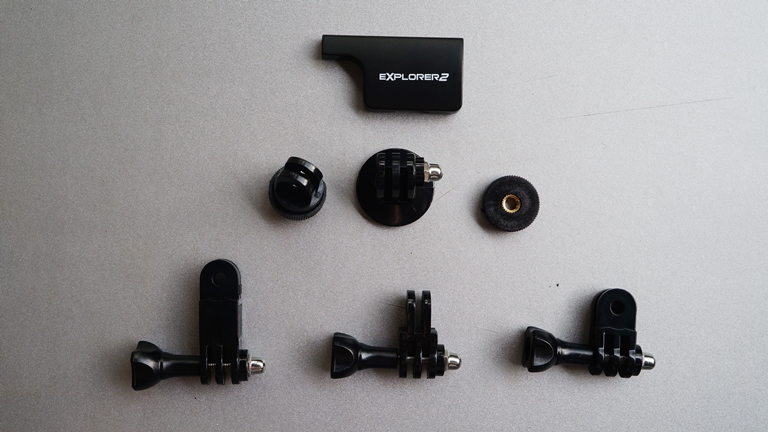 The device itself is compact and light and putting in the battery gives it adequate heft for handheld use. Design-wise, the Explorer 2 is a rectangular brick camera with familiar layout of buttons and a touch display. 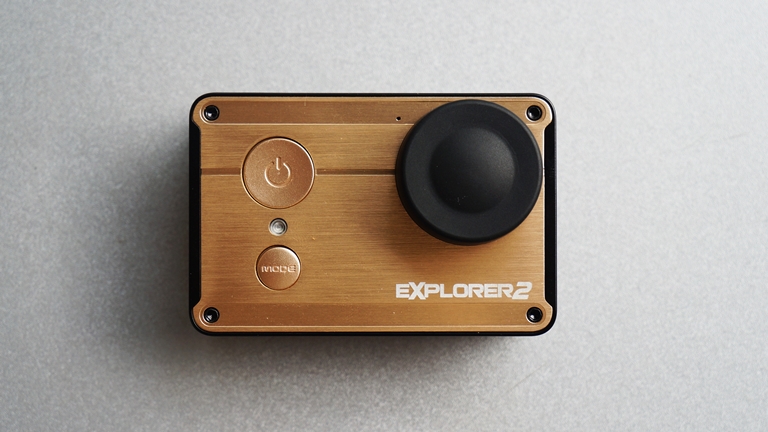 The front features the camera lens, power button, mode button, microphone, and the charging LED indicator. The replaceable plastic faceplate is not present here but there’s a fixed brushed steel plate that adds attitude to the action camera. 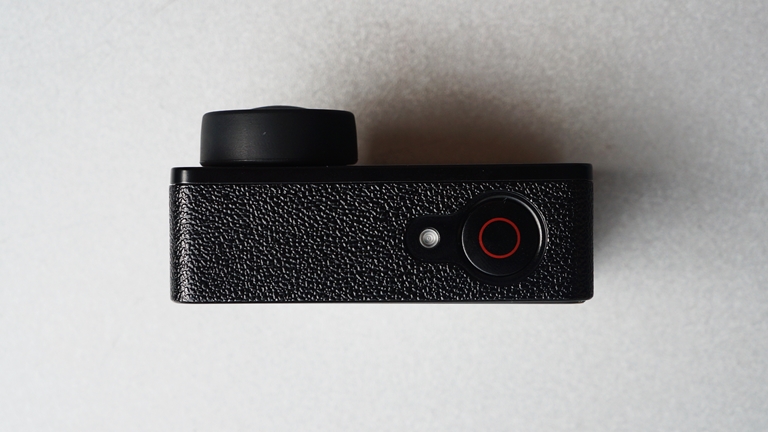 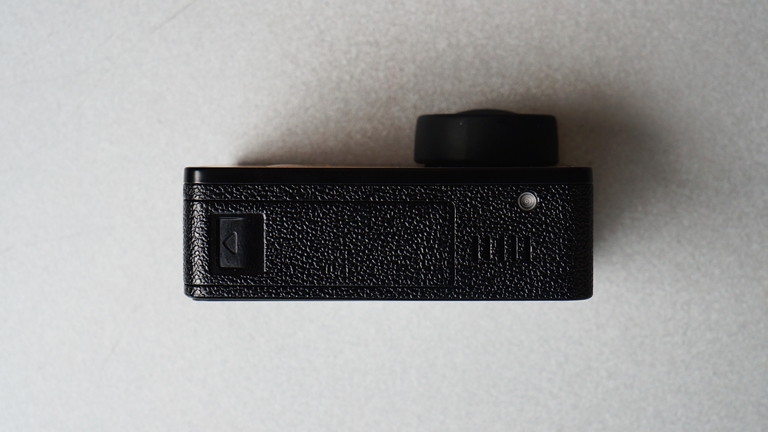 The top side is where the shutter button and the activity LED light are while the battery slot, speaker, and another LED indicator are at the bottom. 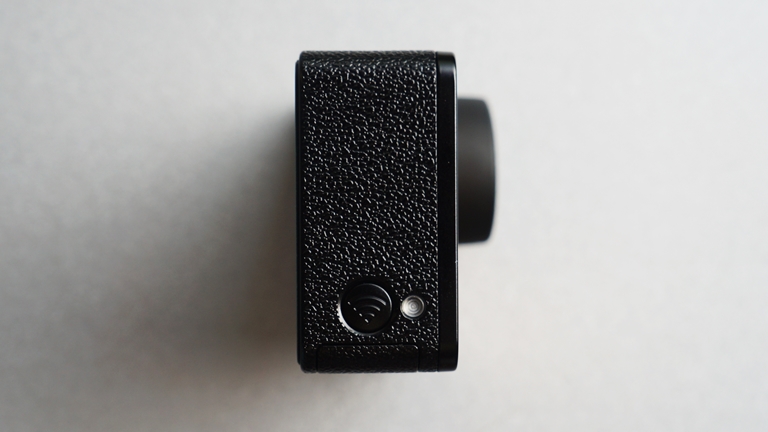 The microSD card slot and micro-USB port are situated on the left side with no cover for protection. The right side solely features the Wi-Fi hotspot button and its LED indicator. Something similar to GoPro’s design. 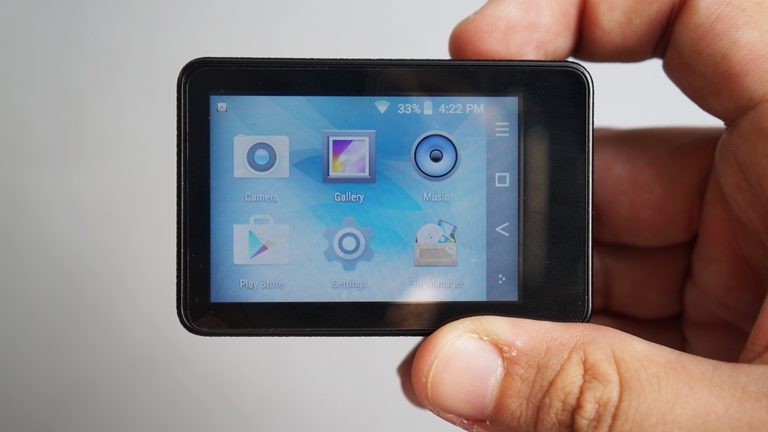 Lastly, we have the touch display measuring at 2.4-inches. It’s a TFT panel with no suited viewing angle at all which is cumbersome since you’ll be viewing the camera usually at extreme angles. Getting the Explorer 2 to start from out of the box is fairly easy. Just insert the removable battery to its slot and hold down the power button for a few seconds and the device will start up.

As mentioned earlier, what sets this camera apart from its predecessor or even other action cameras in the market is it’s the world’s first smart action camera. It’s running Android 5.1 Lollipop with a 1.3GHz quad-core processor, 1GB RAM, and 8GB internal memory. It’s already pre-loaded with Facebook, Instagram, OneDrive and Xender, and you can download more from the Play Store.

It may seem a bit weird as the action camera really feels like a smartphone due to its Android OS. But thanks to this implementation, users can capture images and videos and directly upload them to your favorite social media sites.

Here’s a video I shot using Instagram and was directly uploaded via Wi-Fi:

For the camera, it has a 12-megapixel sensor with a wide-angle 170-degree lens. It can record up to 1080p at 30fps. Good thing Cherry tweaked the UI to be friendly with the small display with large shutter buttons and a quick access to settings. Here are some photo samples:

The result are photos with satisfactory colors but lack sharpness and detail on the edges. The wide-angle lens works just as claimed. Night shots also have a nice hue to them although grain is already present. Overall, the picture quality of the Explorer 2 is decent just like its previous iteration — which is not really surprising since the company used the same 12-megapixel camera for both of their models.

We also mounted the Explorer 2 on my bicycle and went out for a quick ride. Below is the sample video:

From that sample, colors aren’t bad although they still could be punchier. We also noticed the sensor seemingly confused when it comes to white balance and exposure manifested on the flickering skies seen in the latter part of the video. It doesn’t have the best of quality but it will suffice for users who could go for decent quality videos to document their adventures or daily drives.

As for the battery life, the previous Explorer left us demanding more of it. This time around, we were anxious to see if the company improved the performance of the action cam before its juice runs out.

Although there is a very little upgrade when it comes to battery capacity (1000mAh vs 1050mAh), the new Explorer 2 got way more than the performance of the older Explorer in terms of length. With Wi-Fi off, we started recording Full HD video and we were able to last for 3 hours and 12 minutes of continuous recording.

For comparison’s sake, the previous generation only lasted 1 hour and 37 minutes.

The Cherry Mobile Explorer 2 proved to have significant improvements compared to the older variant. The utilization of its own processor and RAM along with a storage space of its own made it possible to install your favorite apps so you could instantly share your captures right then and there. 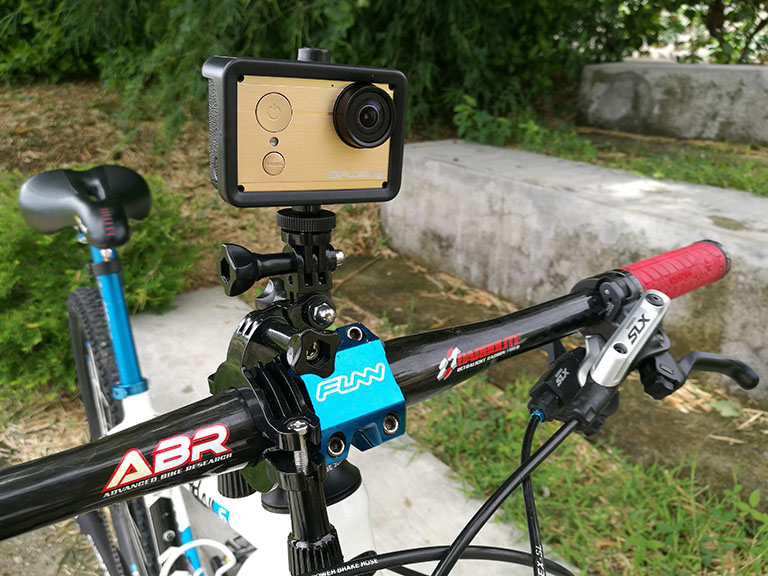 Comparing it to the original Explorer, the interchangeable face is now a thing of the past with its brushed face built-in. Storage expansion is also now bigger at 64GB from its previous 32GB limit. If we were impressed with one thing, it would be the battery life. Cherry Mobile was able to double the life of its device with almost the same capacity.

Available for Php 5,999, it’s not really the cheapest out there but it sure is the only action camera that’s considered smart. Plus, the package includes all the necessary accessories and tools so you’re pretty much set to start shooting from different points of view.

Here’s a side-by-side comparison of the new Explorer 2 versus its older model: