Are you the clumsy type of person who just keeps on dropping and breaking smartphones? Then this might be the kind of case you’re destined for – the Smartphone Case N. A Honda-made smartphone case that comes equipped with emergency airbags. 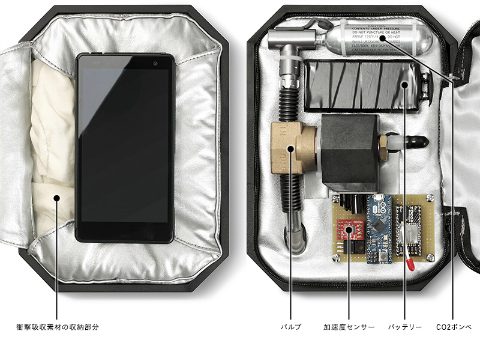 The Case N looks like a contraption designed to be used by the guys at NASA. The way it works is pretty simple, in case you drop your phone the sensors will activate the airbags and deploy them even before it hits the ground. It appears to be very effective but extremely bulky and ugly. Watch the demo video below:

Judging from the way Honda presented the Case N (and the lack of subtitles), it’s a little bit hard to think that the Japanese automotive company is serious about this product. It’s a cool concept (plausible, yes) but I don’t think we’ll see it mass produced anytime soon.